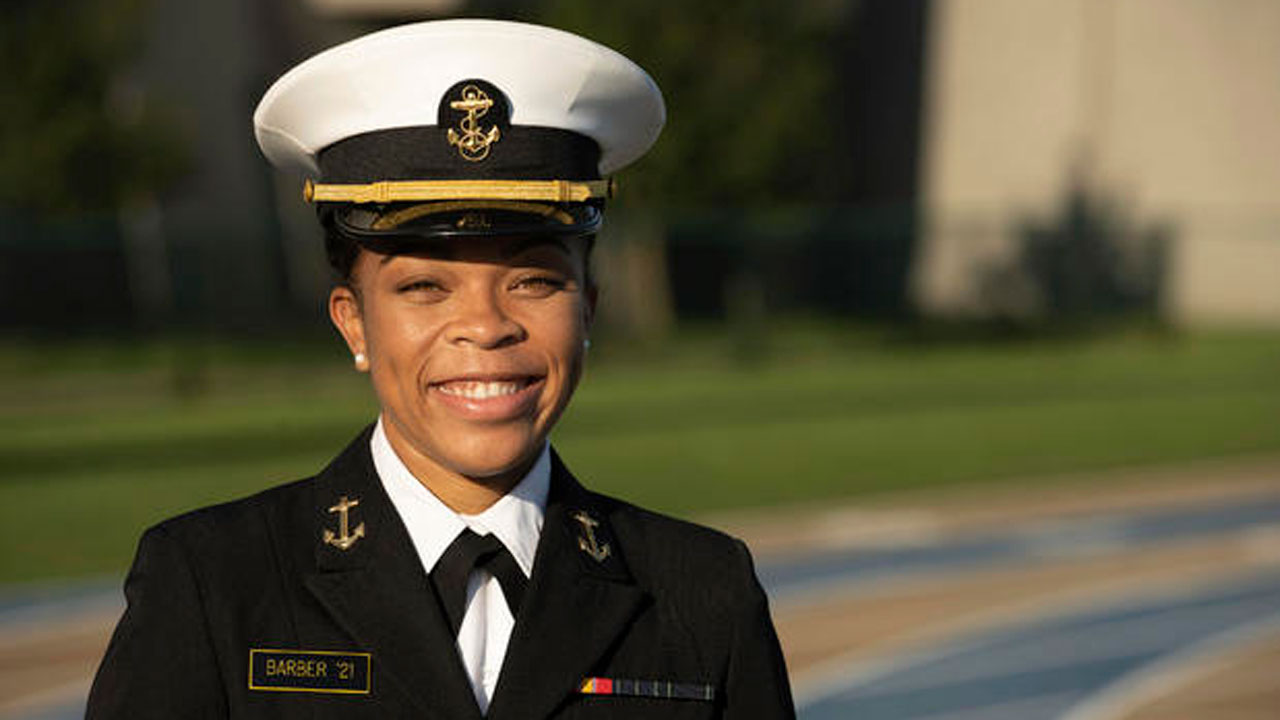 The first Black woman to assume the top role leading fellow students at the U.S. Naval Academy will take up that position next semester as brigade commander, the academy said Monday. Midshipman 1st Class Sydney Barber will be the commander for the spring semester, according to the news release.

Brigade commander is the highest leadership position within the student body. The semester-long position is selected through an application and interview process by senior leadership and the commandant's staff.

Barber, of Lake Forest, Illinois, is a mechanical engineering major and aspires to commission as a Marine Corps ground officer, according to the release.

"Earning the title of brigade commander speaks volumes, but the title itself is not nearly as significant as the opportunity it brings to lead a team in doing something I believe will be truly special," Barber said in a statement. "I am humbled to play a small role in this momentous season of American history."

Barber will be the 16th woman selected for brigade commander in the 44 years women have been attending the academy. The first female brigade commander was then-Midshipman Juliane Gallina, who served in the position in 1991.

Janie Mines, who became the first Black woman to graduate from the Naval Academy in 1980, reacted to the news on social media.

"This brought me to tears. This young woman, Midshipman Sydney Barber, will be the first Black Female Brigade Commander at the U.S. Naval Academy. 40 years later. Thank you, Sydney! Love you!"

Barber is not the first Black woman to make history in the military this year. In July, Lieutenant Madeline Swegle became the U.S. Navy's first Black female tactical fighter pilot.