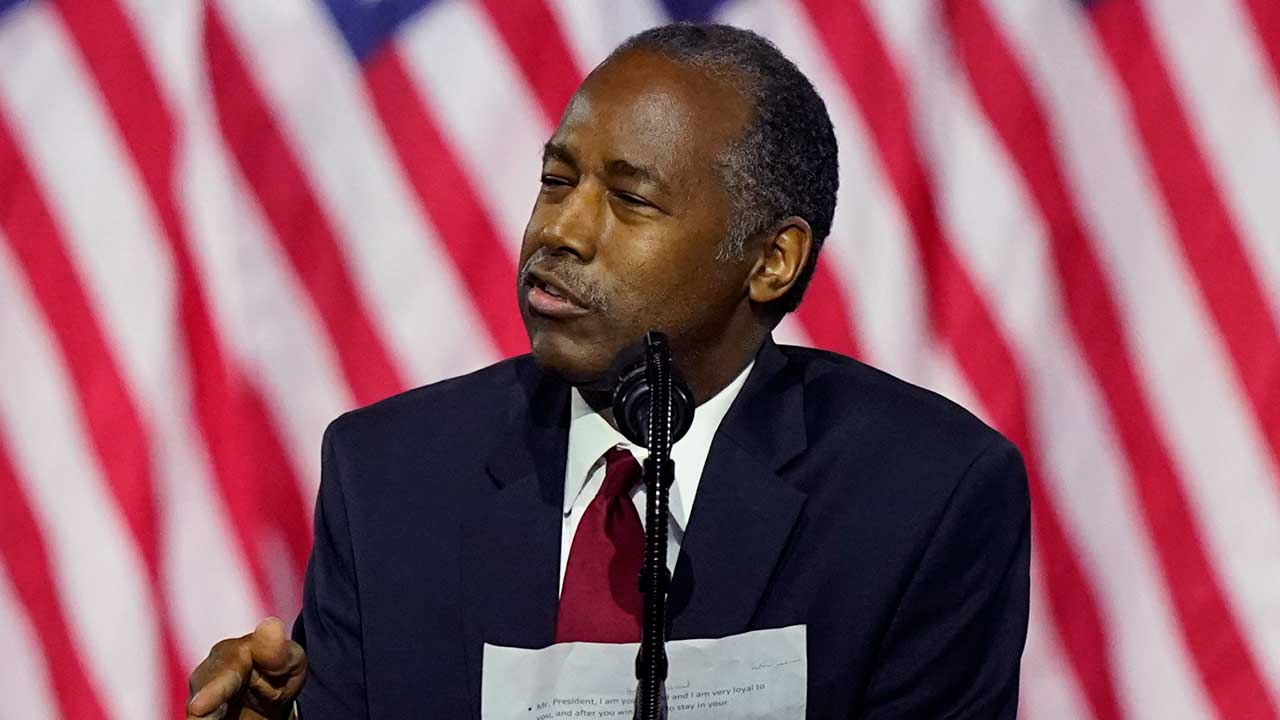 Ben Carson, the secretary of housing and urban development (HUD), has tested positive for the coronavirus, a HUD spokesperson said Monday, making him the second senior official who attended an election night event at the White House to contract the virus.

"Secretary Carson is in good spirits and feels fortunate to have access to effective therapeutics which aid and markedly speed his recovery," said Carson's Deputy Chief of Staff Coalter Baker.

Carson's age — 69 — places him in a higher-risk category for serious complications of the virus than some of the others in the Trump administration who have contracted the virus. Carson was a successful neurosurgeon for years.

Officials confirmed over the weekend that chief of staff Mark Meadows had also contracted the virus, along with four other unnamed White House staffers. It's unclear when Meadows or the staffers were first diagnosed, but he was among the hundreds of people who attended the White House's election night party in the East Room, where few masks were worn and social distancing was seldom observed.

Mr. Trump continued to deride the use of masks even after his bout with COVID-19, which hospitalized him for several days.

Sara Cook contributed to this report.