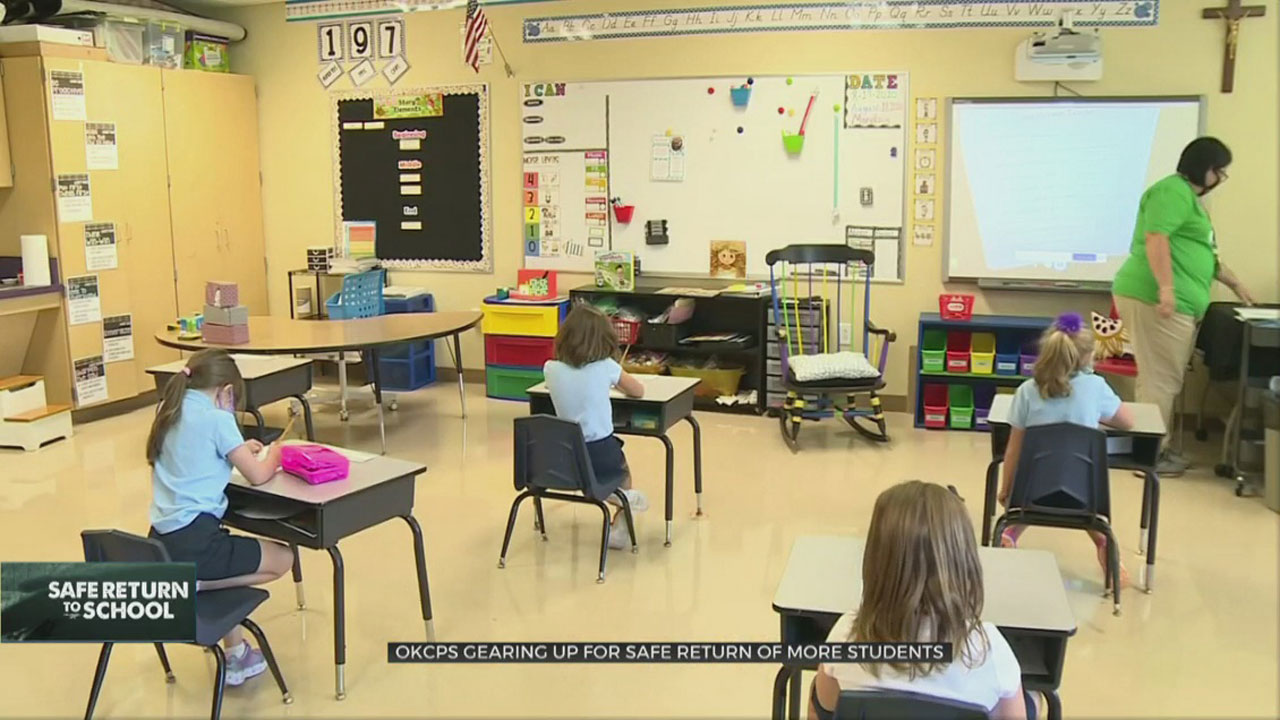 The Oklahoma City Public School board will be discussing its plans to start in person classes Tuesday for first through 12th grade students during a meeting Monday night.

Ahead of the meeting, administrators told News 9 they know anxiety is high.

Over 350 teachers wrote a letter to the district voicing their concerns about returning to the classrooms.

Over the past weekend both parents and teachers met at Memorial Park. Many said they are worried with the district's plan. News 9 also heard similar reactions when Pre-K and Kindergartner students went back to class about a month ago.

"It's just not going to work and its only going to last for five more weeks," said OKCPS teacher Sarah Moore. "Why. Why can't we just stick with the system we're doing now?"

The district says right now the plan is to keep moving forward unless Oklahoma County moves into the Red Alert level on the Oklahoma State Department of Education's map.

Students are going back to class on a staggered A/B schedule, parents and faculty are expected to be taking temperatures and masks are required. The superintendent said he understands there's concerns, but they have a plan. He also said they have to take into account some of their student's situations at home.

"For the majority of our kids they identify school as their safe place, not their home the school," said OKCPS Superintendent Dr. Sean McDaniel. "So we are by our actions by our decisions we are removing a safe place, and putting them in a place where they can't access our meals."