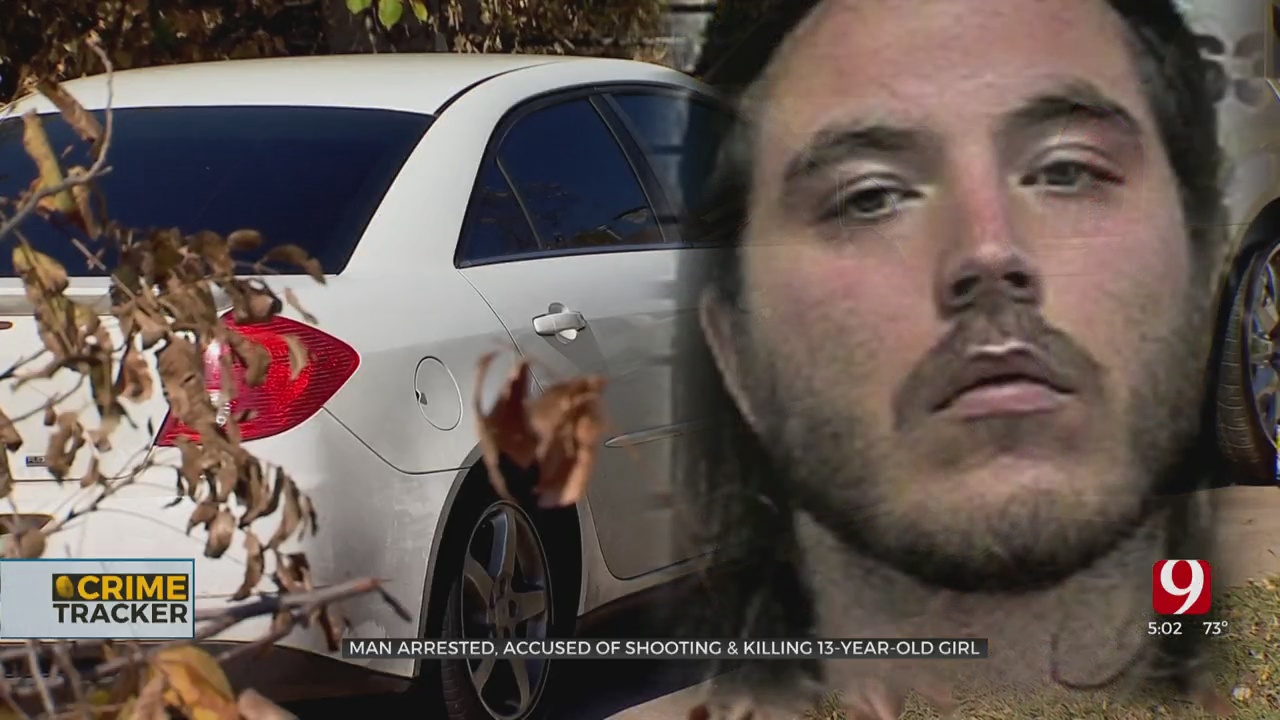 A Midwest City man was arrested and booked into the Oklahoma County jail after he was accused of killing a 13-year-old girl.

He claimed the gun accidently went off while they were driving around with friends, police said.

Witnesses told police Christian Mason, 22, shot the young victim in the back of the head. Police presented a second-degree murder charge to the Oklahoma County district attorney.

The 13-year-old victim and Mason were in a car near NE 10th Street and Midwest Boulevard with two other people when Mason's gun went off.

“He was saying it was an accident, but everyone knows that’s not an accident,” Farmer said.

The girl was sitting in the front passenger seat and Mason was in the backseat behind her. In an affidavit, investigators stated Mason told them he was playing with the gun when he accidently shot the girl.

“If it was an accident, it would go through the window or something like that, not through the seat right where her head was,” Farmer said.

The driver stopped two houses down from where Mason lived. Witnesses said he jumped out of the car with the gun and ran home. Investigators later found the weapon in his bedroom.

“We know that the guy who shot and stuff has a history,” said Farmer. “(He) has a felony and we know that he’s been in trouble with police before.”

Farmer said she did not know the victim but saw her quite a bit at the home across the street. She was still shaken from the tragic death.

“I cannot believe that another 13-year-old, another young person died,” said Farmer. “I mean, we’ve already been through enough this year and it’s just terrible.”

Police arrested Mason only hours after the shooting.