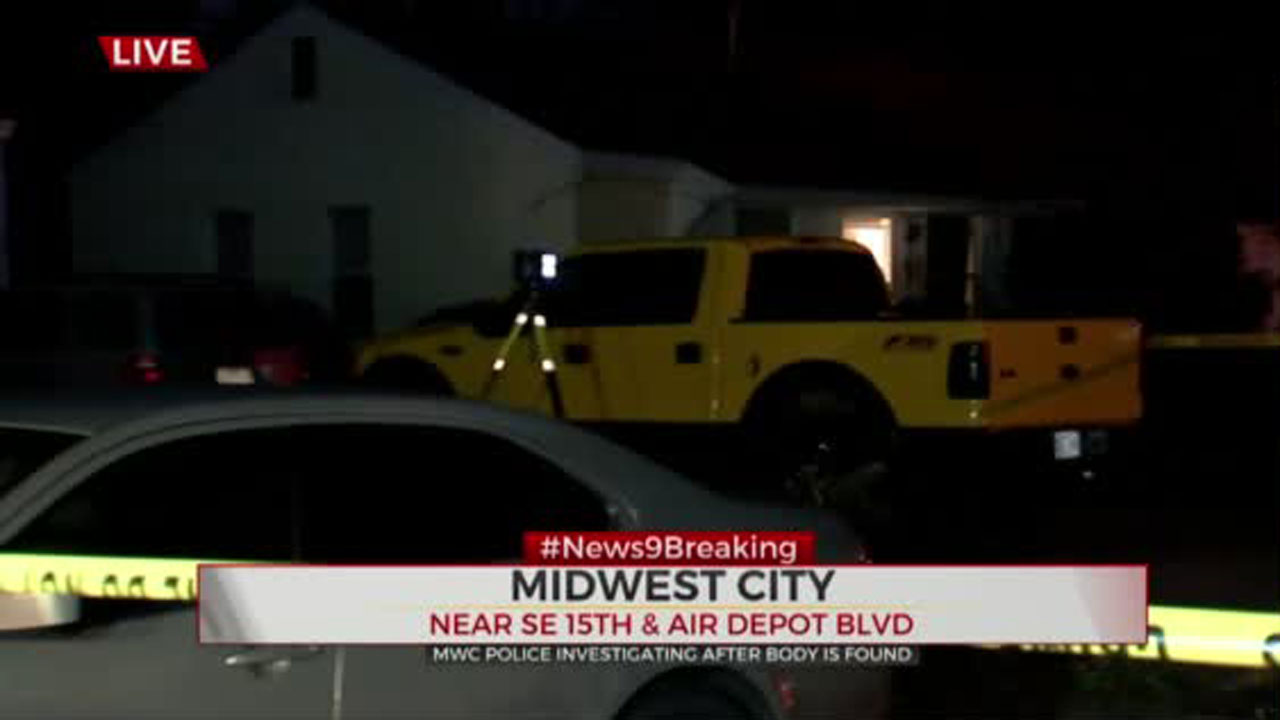 Police are investigating after finding a body Thursday morning in Midwest City.

According to authorities, the body of a man was found in the front yard of a home in the 1200 block of Sandra Drive near Southeast 15th Street and South Air Depot Boulevard. Police said the man had been shot at least one time. Blood was also found on the front door of the home next door.

News 9 spoke with neighbors that said this is normally a very nice neighborhood.

“Yeah, it’s very quiet around here. There’s never been any issues with anything like this happening. I’ve been here about a year and a half so it’s really a quiet neighborhood,” said neighbor James LeForce.

Lt. Ron Strecker of the Midwest City Police Dept. added, “I mean this is, as far as this address, this location, when the call came out I was kind of shocked to hear this address. It’s a good neighborhood? Yeah.”

Police said they have not made any arrests and they don’t have a suspect description.