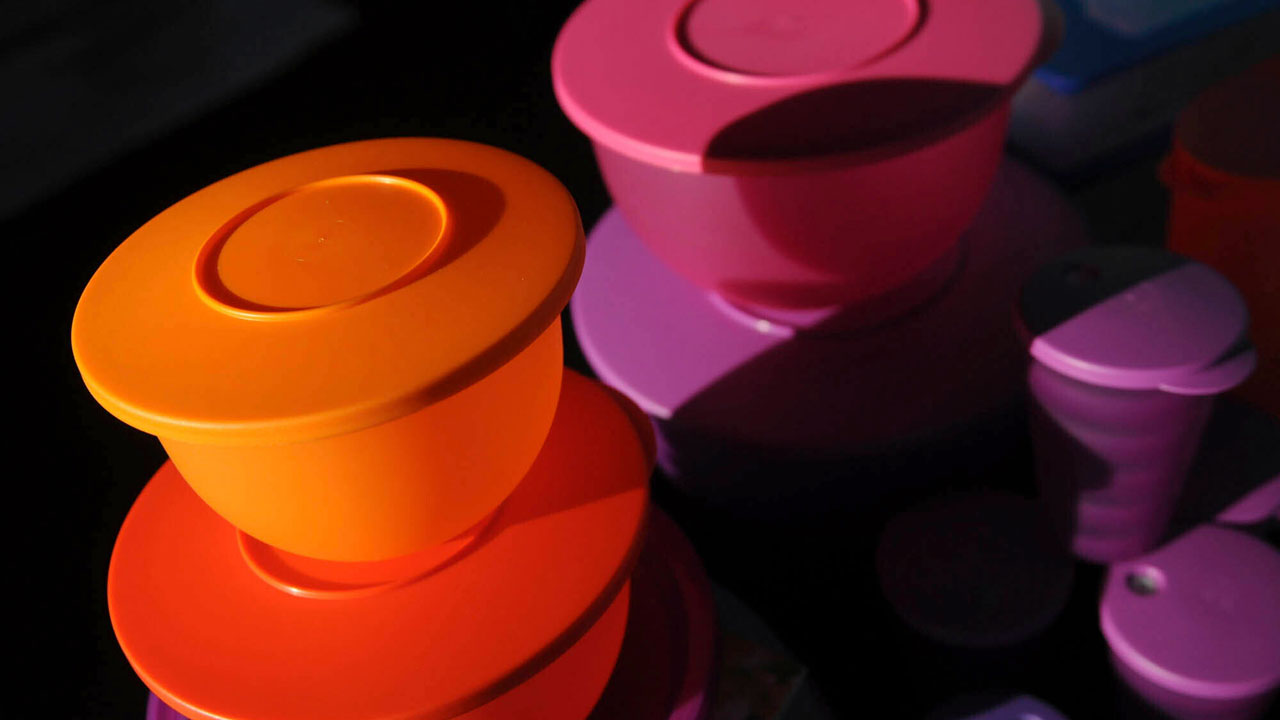 Tupperware's cultural heyday may have passed a half-century ago, but the brand is seeing a resurgence in sales and popularity as coronavirus-wary Americans forego eating out and rediscover home cooking.

The company sold $146 million worth of products in North America in the last three months, marking its best quarter since 2002, the company's chief executive said in an earnings call last week. Sales soared 72% for the quarter compared with the same period last year. Demand is also up outside the U.S., with global sales climbing 14% to $477 million — their biggest quarterly jump in nine years.

Driven by that swift growth, Tupperware's stock price has skyrocketed this year, growing 3,000% since April. The stock closed at $29.86 on Tuesday.

"They are benefitting from people cooking at home," said Linda Bolton Weiser, an analyst at D.A. Davidson who covers Tupperware. "A lot of companies that sell kitchenware are benefiting during the pandemic."

Tupperware, which is publicly listed, is best known for its storage containers. But it also makes other kitchenware, such as graters, mandolin slicers and manual food processors.

Other online retailers also are benefiting from Americans' shift to home shopping (not to mention home cooking, home entertainment and home decoration.) But unlike its competitors, Tupperware's business model remains decidedly nontechnical. Just 4% of the company's sales last quarter came from a traditional ecommerce store. The rest were sold via the same model the company pioneered in the 1950s: a network of independent contractors who hawk its wares to friends and family through word-of-mouth and product parties. (The model was so successful it was later taken up by companies such as Avon and Mary Kay.)

Eliminating in-person gatherings this spring moved many Tupperware reps online, where they held events via Zoom, Instagram and Facebook Live. There's even a small Tupperware community on TikTok.

"The salesforce, the direct-selling network, has been adapting digital selling tools really rapidly," Weiser said. "COVID has accelerated the shift to digital tools."

Virtual parties, it turns out, are much easier to host than the in-person kind. While a gathering in pre-pandemic days might require several weeks of planning and cleanup on the part of the host, a digital party takes much less work and can easily accommodate last-minute joiners.

By several accounts, Tupperware sellers are more engaged this year. The company's annual conference, which typically attracts some 3,000 attendees, drew 8,000 when it went virtual this year. Tupperware had 225,000 sellers in North America at the end of its most recent quarter, up 22% from the year-ago period.

New York City-based Tupperware seller Kim Santoiemma saw her earnings increase sixfold between March and May, Modern Retail reported. Santoiemma partners with Tupperware-interested acquaintances to host parties that can last an hour or a week, during which she'll periodically pop in to stream a cooking demonstration. Other sellers have live-streamed events such as unloading a dishwasher or using Tupperware supplies to occupy kids.

"We think COVID-19 gave our sales force more time to dedicate to Tupperware," Sandra Harris, chief financial officer and chief operating officer at Tupperware, said in September at a digital conference hosted by Citigroup. "Before there were lots of distractions. They may have had another job, may htave had a part-time job. They were busy with activities around their families... And this has really opened up the opportunity for them to really focus on Tupperware."

Some vendors have gotten creative offline, too. When Nevada imposed travel restrictions this summer, Audra Hammerling, a full-time Tupperware seller near Reno, found her Tupperware-branded GMC Acadia, which the company had paid for, sitting in her driveway.

In June, she volunteered to deliver food to vulnerable local families. "Honestly, I just wanted to drive" the car, she said in an Instagram post. The program delivered 24,000 meals while keeping restaurant workers employed. The side benefits? Lots of requests for a Tupperware catalog.