What To Expect On Election Night 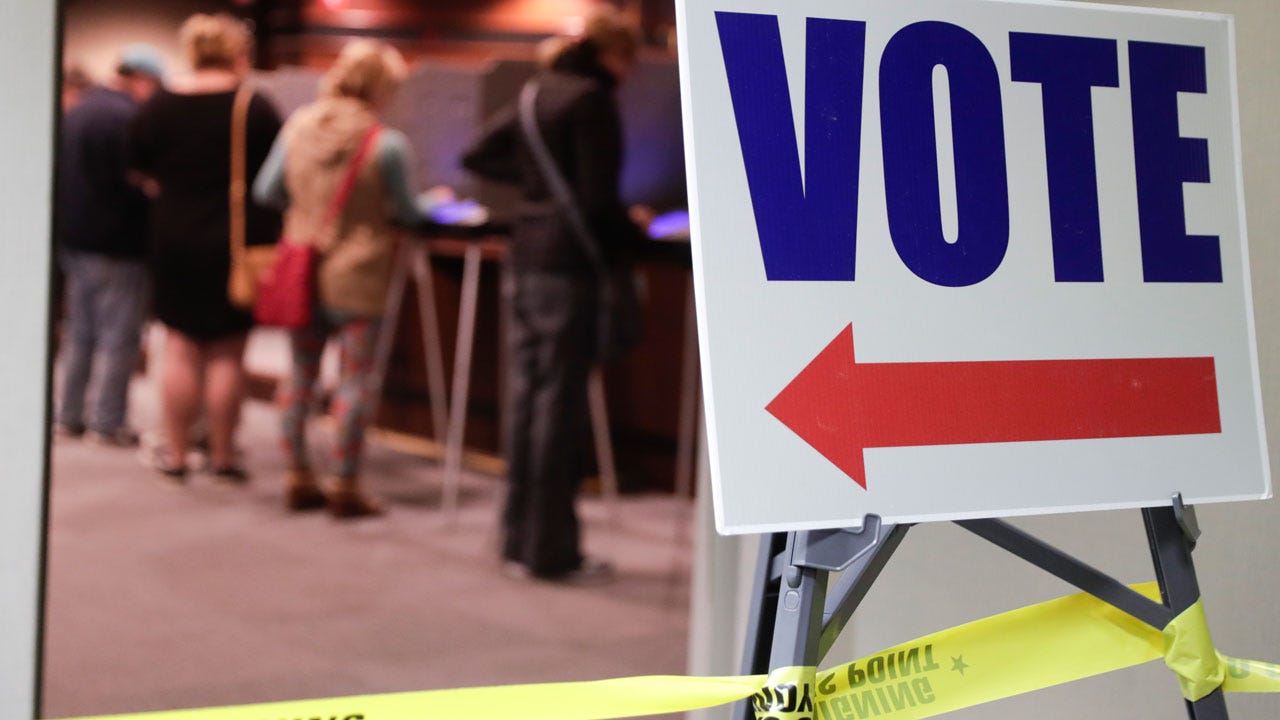 With more Americans relying on mail-in ballots and early voting than ever before it's hard to predict when we'll know who won the presidency.

In 2008, when polls closed in California at 11 p.m., Barack Obama was called the winner. It took a few minutes longer in 2012, and in the last election, longer still. By 11 p.m., Donald Trump had won North Carolina, Ohio and Florida, narrowing any path to victory for Hillary Clinton. At around 1:30 a.m. Pennsylvania went for Mr. Trump, and by 2:30 a.m. Wisconsin made him the winner.

This year, "it might be a little bit different," said Kyle Kondik, managing editor of Sabato's Crystal Ball at the University of Virginia Center for Politics, said of election night, largely due to the effect of the mail-in ballots.

But at least one expert is optimistic. Michael McDonald, who runs the U.S. Elections Project, has been calling presidential races for nearly two decades and has never gotten the national call wrong.

"I think the most likely outcome is that we know who the president is on election night," McDonald said.

What do states start counting?

Let's start with when the ballots will be counted in the contested battleground states where the presidency will be won.

Each state has its own laws governing when ballots can be processed and counted, and when ballots must be received. Overall, 28 states allow counting to begin before Election Day, easing the burden on poll workers and county election officials.

Arizona: Ballots must be received by 9 p.m. ET on Election Day in order to be counted. Arizona has been voting by mail since 1992, but this year, for the first time, election officials began counting early ballots up to 14 days before Election Day. Over 2.3 million Arizonans returned their votes before November 3, and there are almost 4.3 million registered voters in the state. In 2016, 2.66 million Arizonans voted. So, a large portion of ballots will already be counted by time polls close Election Day, making it likely that voters will know who will take Arizona's 10 electoral votes on election night or early Wednesday morning.

Florida: In Florida, ballot processing and counting began 22 days before Election Day, and the state doesn't accept absentee ballots after 7 p.m. on November 3. The chances are good that voters will know on election night where Florida's 29 electoral votes will be going. Nearly 9 million voted early — about 64% of registered voters in Florida.

"I think we should be able to call Florida, unless it's in a recount situation," McDonald said.

Georgia: In Georgia, absentee ballots must be received by 7 p.m. on Election Day or they won't count. Signature verification can begin when ballots are received, but ballots aren't counted until the start of Election Day. About 3.9 million Georgians voted before November 3, which is 56% of the number of registered voters in the state. Georgia Secretary of State Brad Raffensberger told ABC News that turnout could reach a record-breaking 6 million.

But because the state election board decided in August to allow mail-ballot processing two weeks before Election Day, he thinks that "compared to many other states," Georgia will be able to announce its results "very quickly," by election night "for races that aren't too close," and for those that are "very, very close, we believe that we'll have them by Wednesday or Thursday at the latest," he told WSB TV.

Michigan: Polls begin to close in most of the state at 8 p.m. ET, but voting officially ends in the state at 9 p.m. ET once the Upper Peninsula, which is in the Central Time zone, has voted. Mail ballots are due when polls close.

It could take awhile to call Michigan. Election workers may start limited processing of absentee ballots for 10 hours on Monday before Election Day. This will give poll workers a small head start on counting the record number of absentee ballots. However, according to the Detroit Free Press, some large cities in the metro Detroit area are opting not to preprocess because it doesn't really provide enough of an advantage.

By October 30, 2.57 million people voted by mail in Michigan, and 4.87 million turned out to vote in the state in 2016. Michigan Secretary of State Jocelyn Benson has said it could be Friday before all of the votes are counted.

Minnesota: Mailed ballots must be received by the time polls close, and ballots delivered in person must be received by 4 p.m. ET on Election Day. Absentee ballots are verified once they are received, but counting them cannot begin until after the last polls close at 9 p.m. ET on Election Day. Over 1.58 million voted early in person or by mail in Minnesota. In 2016, over 2.97 million voted.

Governor Tim Walz said in a recent PSA recorded with his three predecessors, "With so many of us voting by mail, it may take a little longer to verify a winner." Former Governor Mark Dayton added, "There may not be a clear winner on election night.

On Sunday, the North Carolina State Board of Elections said in a press release that it expects to report its unofficial election results on election night.

More than 4.5 million voted early in North Carolina — close to the 4.7 million who voted in 2016 overall.

Ohio: Ohio accepts mailed ballots postmarked no later than the day before Election Day, and they can arrive at the county board of elections no later than 10 days after the election. It means Ohio, a battleground state where Biden and Mr. Trump are neck-and-neck, could be counting ballots for days after the polls close. About 2.9 million voted early by mail in Ohio, which has over 8 million registered voters.

Ballots may be scanned early, but the count cannot be disclosed prior to polls closing, according to the National Council of State Legislatures. If the margin of victory is wide enough on election night, though, Ohio may still be called.

Pennsylvania: It may take awhile for the key state of Pennsylvania to be called. The U.S. Supreme Court has determined that an extension to count ballots for three days after the election can stand, but it has not yet decided whether to weigh in on the merits of a lawsuit that could mean those late ballots are tossed. Election officials are not able to count ballots until Election Day, and seven predominantly GOP counties that have over half a million registered voters combined say they don't plan to begin counting until the day after Election Day.

Wisconsin: Wisconsin accepts mailed ballots until 9 p.m. ET on Election Day. Mailed ballots cannot be processed or counted until Election Day, meaning the unofficial results of the election here might be slow to be announced. Nearly 1.9 million voters cast ballots in the state before Election Day.

Though many counties have expressed confidence their results will be in early, Milwaukee's results may come in more slowly in part because its absentee ballots will be counted in a central location, rather than in precincts. Nonetheless, Wisconsin's governor still thinks it's possible results may be known on election night.

"I believe that we will be able to know the results of the Wisconsin election, hopefully that night and maybe at the latest the very next day," Governor Tony Evers said at a briefing in October, according to PBS. Acknowledging the higher number of ballots to tally, he added, "I think we're in a much better position to count those than we have been in the past."

Who's expected to vote on Election Day?

Fewer Republicans than Democrats are voting by mail, said Wendy Weiser, who directs the Democracy Program at the Brennan Center for Justice at NYU School of Law. Republicans and Democrats alike have been voting in large numbers early in person.

On Election Day, Republicans will far outpace Democrats voting in person, McDonald said. The large numbers of ballots cast by mail early could contribute to a kind of seesaw effect, in which one candidate is up in a state earlier in the night, and then the other candidate overtakes that candidate.

In Florida, for instance, Biden will likely have a significant lead when polls close, and Mr. Trump will begin catching up as votes from Election Day are added to the mix, McDonald said.

Trump says ballots shouldn't be counted beyond election night. Is counting beyond that time longer a sign of fraud?

No. Even in states that accept mail ballots only until Election Day, the tallying in many states will extend beyond election night and that's always been true.

Yes, states will be called for Biden or Mr. Trump — CBS News will make projections and characterize races throughout the night. Its approach combines exit poll data and vote tallies with CBS News' proprietary polling. By Election Day, CBS News will have surveyed 100,000 people from all 50 states, and will be provide live updates on how all the contests are trending.

It may take a long time for the media to report the calls for some battleground states, but "there is nothing scary going on, other than committed public servants working very hard under very challenging circumstances," Weiser said.

It's true that there's a strong possibility that many ballots cast won't be counted, but that's not because of widespread fraud. It will be because they'll have been filled out improperly, Weiser said. This happens every year, but it could be more prevalent this year when so many are voting by mail for the first time.

One thing she's not troubled by is the possibility of massive voter fraud.

"We have so many checks in place and safeguards," Weiser said, adding, "It just doesn't happen, despite all of the nightmare scenarios that get spun, most of them are impossible, the others are Russia, cannot print ballots that will be scanned and get counted by American jurisdictions. These are all scenarios, and these scenarios are farfetched."

On Sunday, longtime election lawyer Benjamin Ginsberg, who has worked with Republicans to uncover election fraud for decades and who was a central figure in the Bush-Gore 2000 Florida recount, wrote this in an op-ed in the Washington Post:

Nearly every Election Day since 1984 I've worked with Republican poll watchers, observers and lawyers to record and litigate any fraud or election irregularities discovered.

The truth is that over all those years Republicans found only isolated incidents of fraud. Proof of systematic fraud has become the Loch Ness Monster of the Republican Party. People have spent a lot of time looking for it, but it doesn't exist.

What To Expect On Election Night