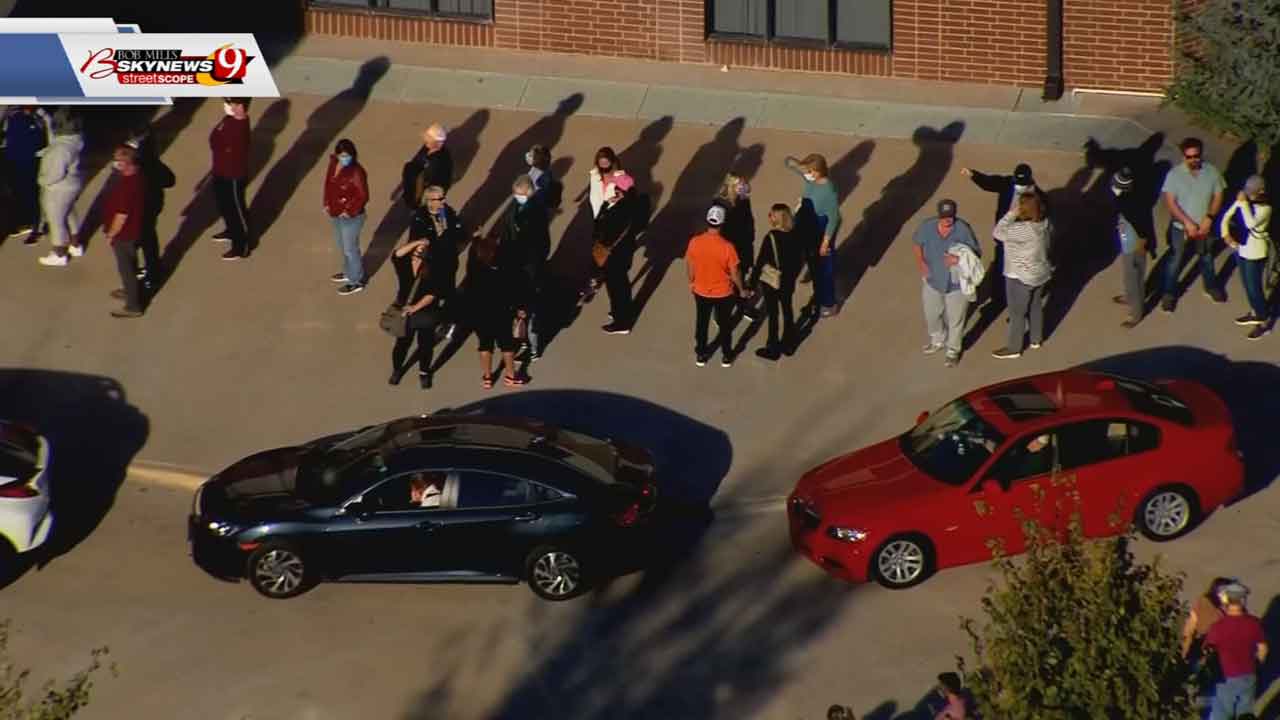 For the second day in a row, large lines formed outside Oklahoma County locations for early voting.

Election officials believe it may be possible that early voting records could be broken for the state of Oklahoma.

All day Friday, large lines could be seen at the Oklahoma County Election Board and the Edmond Church of Christ.

Cyrus is a first-time voter from Iran. He said he waited 5 hours in line Thursday. On Friday, he brought his mother. Both said they’re voting for President Trump.

According to the State Election Board, so far, nearly 115,000 people have voted early in-person. By mail, a record breaking 255,000 ballots have been received statewide.

“Back in 2016 I think 152,000 and some change were cast during the early voting period,” said Paul Ziriax, Secretary at the Oklahoma State Election Board. “Certainly, if we keep on track like we are, I think there is a very good chance we roll past that.”

Early voting continues into the weekend in Oklahoma.

Low voter turnout, this election, may be a thing of the past.

“We just appreciate people being patient,” said Ziriax. “I understand it’s not fun to wait in a line but voting democracy, these are important.”

Your best bet is to contact your local polling place directly with any questions.