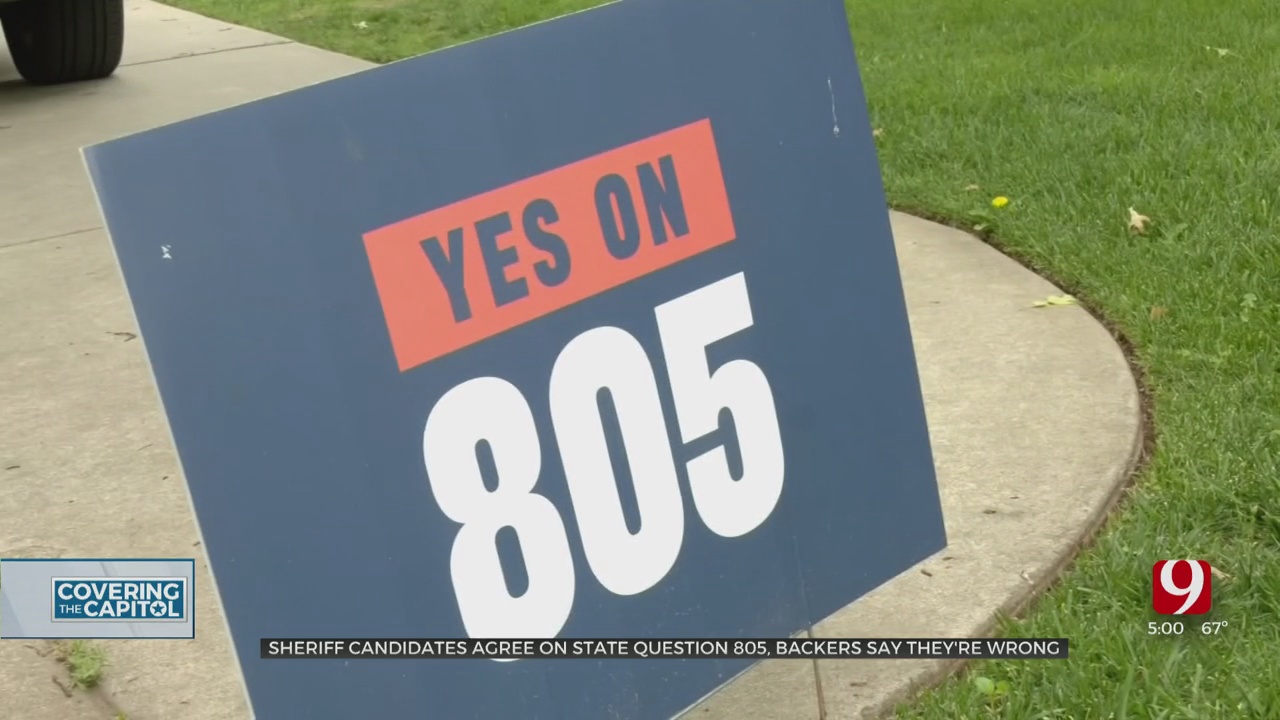 It’s not often you find two opposing political candidates agreeing on anything. But Friday, both candidates for Oklahoma County Sheriff agree state question 805, according to them, is a bad idea.

“We have went against each other on so many issues but this one we can come together and feel unified on,” Republican candidate Tommie Johnson said.

State Question 805 would restrict judges from considering past offenses when sentencing criminals for new, nonviolent offenses. A problem both candidates for Oklahoma County sheriff said is how you define violent offenses.

“If this is just mere possession, mere possession charges, I could completely understand it, but this isn’t,” Johnson said. “There’s so many other crimes by statute that are listed as nonviolent that are very violent in nature. Domestic abuse by strangulation, child trafficking, home burglary. When we look at solicitation of a minor, these are very, very violent crimes at nature."

"There’s a long list of things that concern me,” Democratic candidate Wayland Cubit said. “And by it being a constitutional amendment, that also concerns me on what we will be able to do to change it at a later date."

Backers of State Question 805 said both candidates are off base.

“Obviously, they’ve been given a lot of misinformation,” said Kris Steele with Oklahomans for Criminal Justice Reform. “All of the safeguards remain in place under state question 805 to hold people accountable who commit the very crimes that they tried to lift up as a reason not to vote for it.”

“Based on my research, I have some concerns that puts me on the ‘No’ side of 805 and so I want to ask the voters to do their research,” Cubit said.