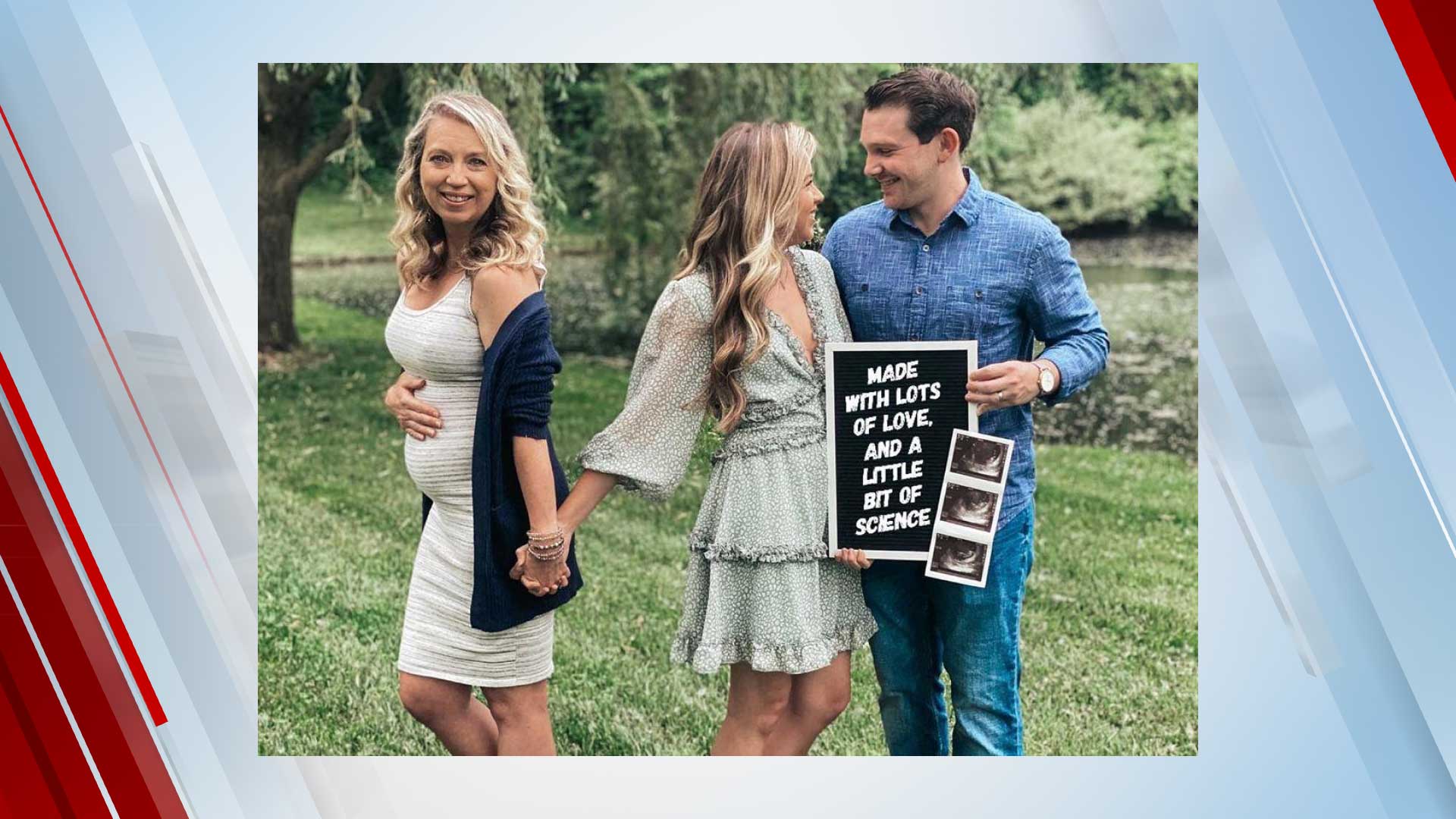 Most mothers give their children the gift of life once, when they're born. But one mom from Illinois is giving her daughter that gift again — by carrying her baby.

At 51 years old, Julie Loving is nearly nine months pregnant as the gestational surrogate for her daughter, Breanna Lockwood. It's a gift that feels surreal to Lockwood.

After several rounds of IVF and suffering multiple miscarriages, Lockwood's doctor told her she and her husband might want to look into surrogacy. It was something Loving had been pushing for a while. She even volunteered to be the surrogate, but Lockwood wasn't sure at first.

"I just kept telling her no and kept turning her down pretty frequently, only because I didn't think it was a possibility with my mom's age, and my mom was actually menopausal," Lockwood told CBS News. "So, as far as I knew about reproductive science, that didn't add up, that wouldn't work."

However, after several tests and exams, doctors determined that Loving was fit to be her surrogate. "I laughed," Lockwood said.

"It's true, she thought I was crazy," Loving said. However, Loving was confident she could carry a baby at 51. "I wasn't really nervous about it. I'm pretty healthy, so I thought going into it, I'm healthier than I was in my 20s. So I really wasn't worried about anything."

Loving is a two-time Boston Marathon runner and a triathlete. She's had two children of her own and felt sure she could carry another, especially knowing how much it would mean for her daughter.

"I just had this feeling, like she's been trying for so long, and I just wanted to give her some hope that there's other options," she told CBS News.

Through the IVF process, the baby girl she is carrying is genetically Lockwood's and her husband's. The only biological connection she has to the baby — besides carrying her — is grandma.

"This is pretty much the closest place this baby could be, rather than my own body, is with her," Lockwood said.

She has been using Instagram to share her journey through infertility, and now surrogacy. She hopes she can connect with other women going through the same thing to let them know they're not alone.

The Lockwoods' baby girl is due in November. Until she's born, she'll stay with Grandma Loving, who selflessly offered to carry her into the world.

"We're just so grateful that we were able to do this. There are some nerves in there, but I feel like we're right at the finish line," Lockwood said. "I was telling some of my friends, I feel like it's Christmas Eve every day."