Family Loses Everything In House Fire Near Shawnee 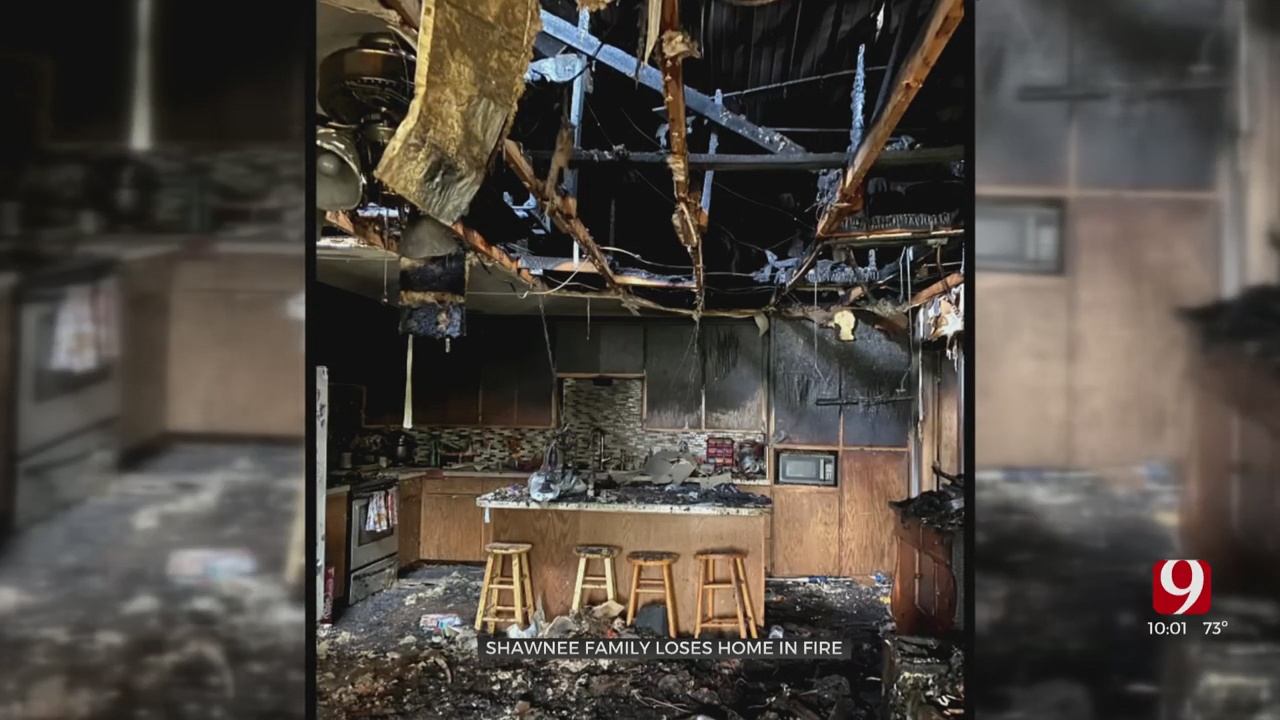 Family Loses Everything In House Fire Near Shawnee

It's been a week since the Anson family lost their home to a fire near Shawnee.

Sally Anson said five people lived at the property, and everything is either burned, or ruined by smoke or water.

“When we got home, there was a deep fog around the house, and I got out and I could smell the smoke and you could see the orange coming out of the top,” said Anson. “I ran over and beat on my mom's bedroom door.”

Before the fire, Anson and her little girls came home from working the concession stand at North Rock Creek School.

As they pulled into the driveway, they rushed to wake up grandparents who were asleep in the back bedroom.

“I ran over and beat on my mom's bedroom door. My mom and stepdad were in their part, asleep in their bed. From that point we kind of panicked and the kids were upset cause the house was burning down,” said Anson.

Their living room, kitchen and roof are gone.

“I was trying to hook-up the firehose and spray water on the wall, so it wouldn't spread,” said Anson.

Her daughter who was out of state rushed home to help.

“I have never seen her this upset. When she called there was just terror in her voice. I have never heard her sound like that. I could hear my sister screaming in the background that our house was burning down. Everything is getting destroyed,” said Brooke Anson, Sally’s daughter.

The little girls who also lived in the home were left with no clothing, bedding, or even basic essentials.

While some pets survived, Sally's dogs did not.

She showed News 9 photos of both.

The family did not have insurance and could use help.

If you would like to help visit their GoFundMe Page here.