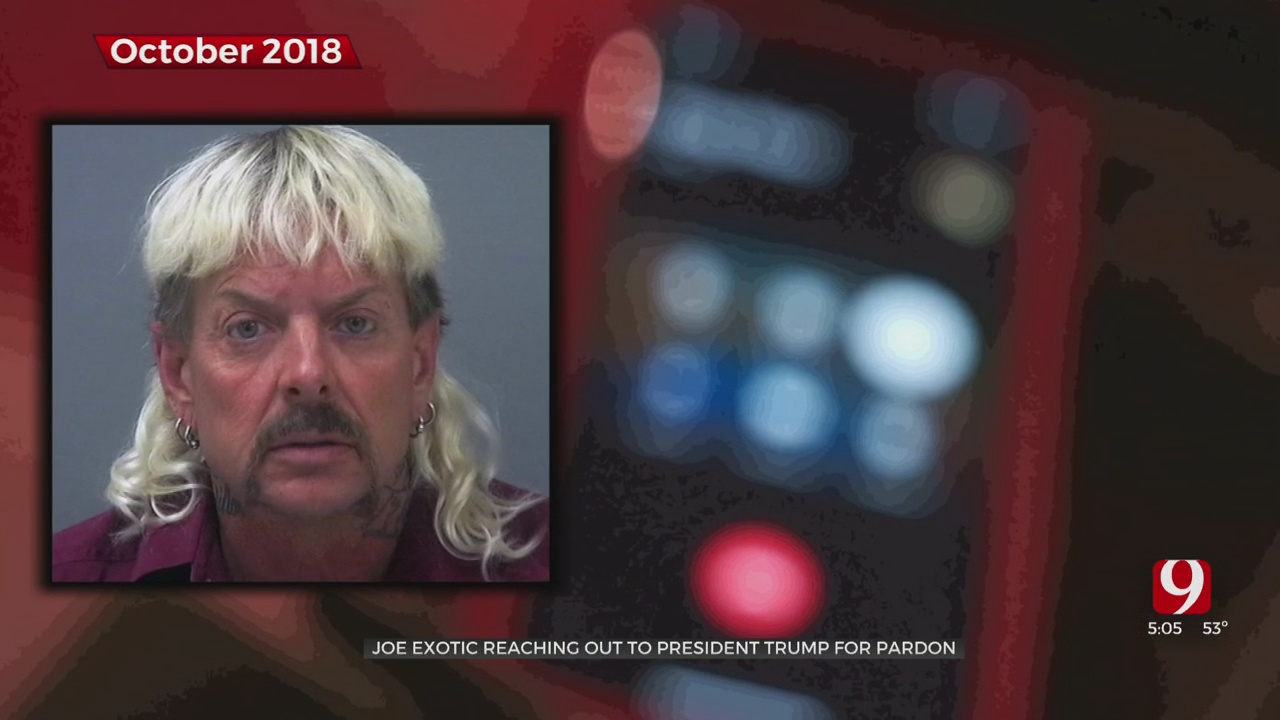 An application for a pardon of Oklahoma’s most famous zookeeper is on its way to the White House.

The application on behalf of Joseph Maldonado-Passage, better known as Joe Exotic, includes a two-page personal plea to the president.

CBS News obtained a copy of the letter included in the pardon application.

Lawyers for the Oklahoma zookeeper told the White House Maldonado-Passage was just some “gay, gun toting redneck in Oklahoma” before his recent rise to fame in the Netflix series, Tiger King.

In a letter from prison, he claimed both he and the president have been trapped by the federal investigators and wrote, “I see what they do to you and can’t believe it.”

Maldonado-Passage is currently serving a 22-year sentence for his role in a murder-for-hire plot and for illegally selling and killing tigers.

“He is quite a character,” President Donald Trump said in a June interview published by his campaign. “That's a whole strange deal going on, I'll tell you, that's a strange guy and a lot of strange people surrounding him. And it was interesting I got to see a couple of those episodes.”

Maldonado-Passage ended the letter by asking Trump to set him free so that he “can return to helping sick children and the homeless.”

“Allow me to make you proud,” he wrote, “to make America proud, to make the world proud. Be my hero, please.”

The application and letter is expected to be hand-delivered to the White House as early as Thursday.