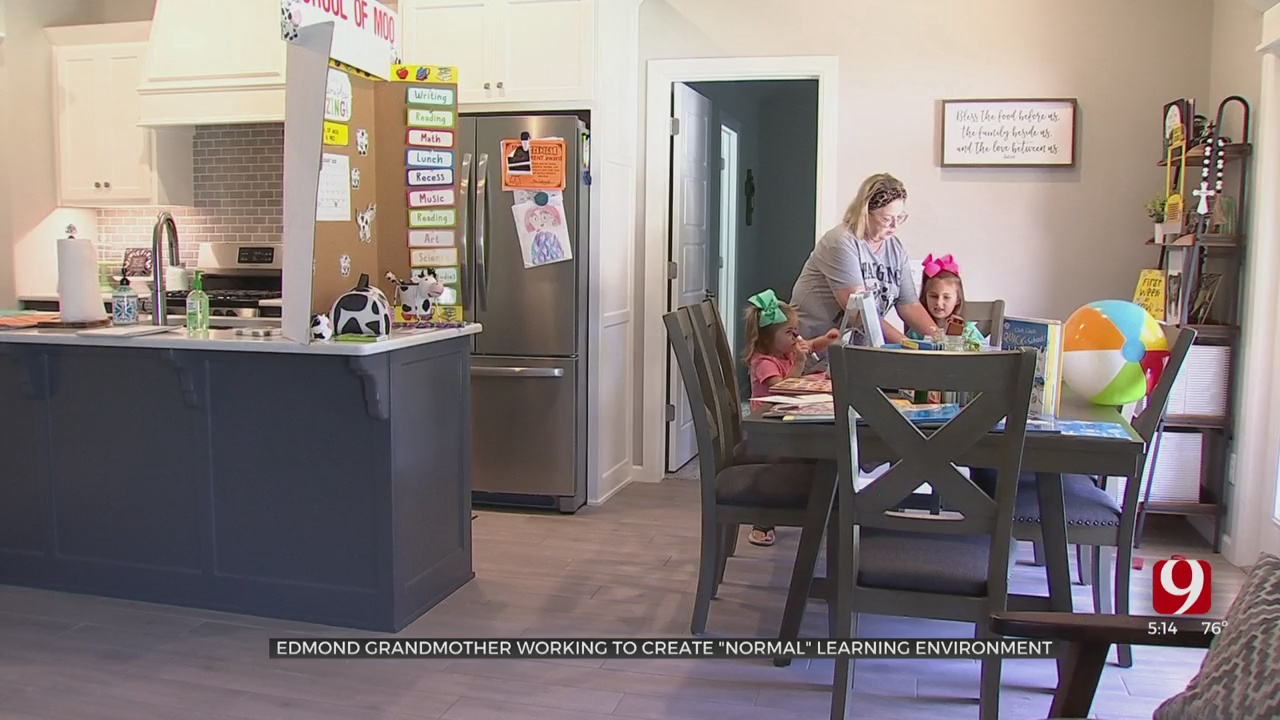 More families are turning to alternative learning options instead of sending their kids back to class or virtual learning.

Edmond’s Marsh Moody is now teaching her grandchildren instead of sending them to school.

She calls it the “School of Moo.”

Moody has turned the dining room of her grandchildren’s home into a classroom.

Many of the cow books have been saved since her public school teaching days in the Oklahoma City metro.

Each day begins with the Pledge of Allegiance and a song for 6-year-old Ava Marie and 2-year-old Charlotte .

Then Moody leads her grandchildren through a series of lesson plans.

She helps with math and spelling, and reads stories out loud.

“For first graders you want to focus on Math and reading,” said Moody.

“We just decided instead of putting the girls into school knowing it’s going to be chaotic, we decided that I would just teach them,” said Moody, who is an adjunct professor at Fort Hayes State University and still teaches online.

Yet, the former teacher said face-to-face is still the best form of learning.

“I feel like we are going to get more done that we would in a normal classroom," said Moody. “It’s just one of those things that a grandma will do.”