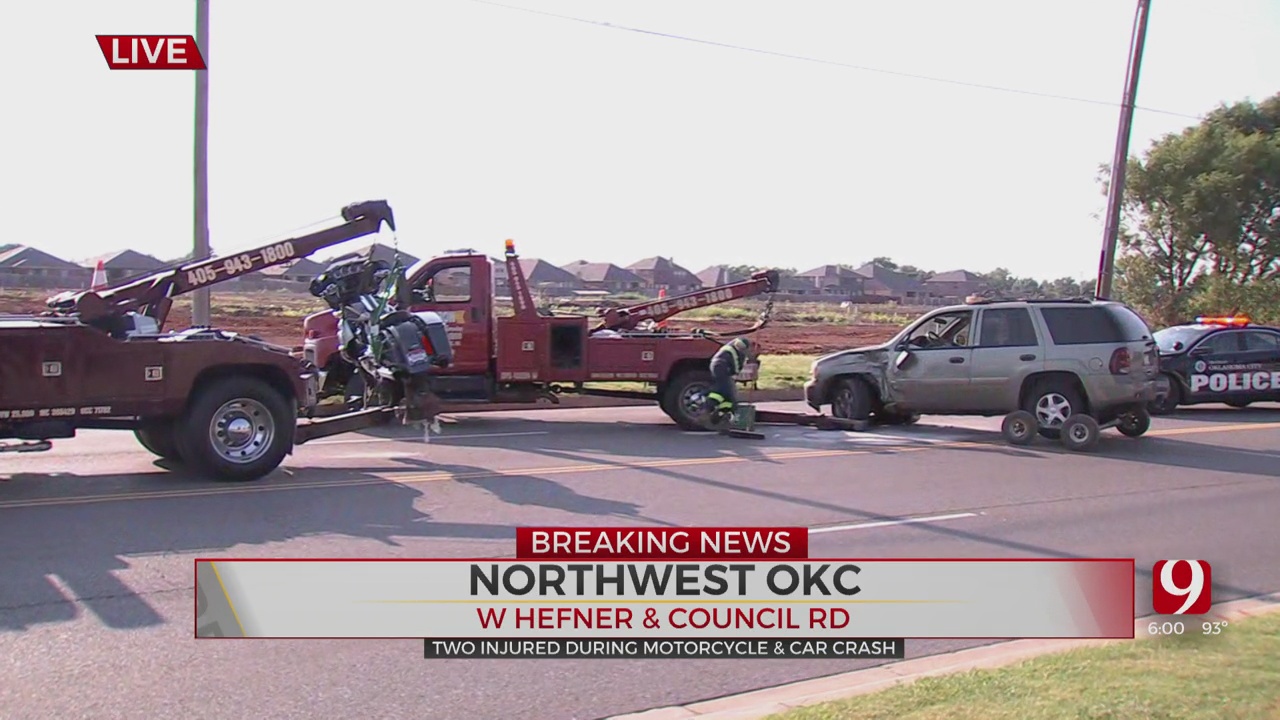 Authorities were on the scene of an injury collision between a motorcycle and an SUV in northwest Oklahoma City.

The accident happened at the intersection of West Hefner Road and North Council Road.

According to police, a motorcycle with two passengers were heading northbound on Council Road just south of Hefner. An SUV pulled out to make a left hand turn.

The left hand turn resulted in the motorcycle striking the front driver side of the SUV.

Authorities said three people were injured, but the extent of the injuries are not known. The two people on the motorcycle were transported to a local hospital, but the driver of the SUV declined to be transported by EMSA.

Council Road has been blocked with personnel on the scene.

Hazmat crews were requested to the scene due to the motorcycle leaking fluid.