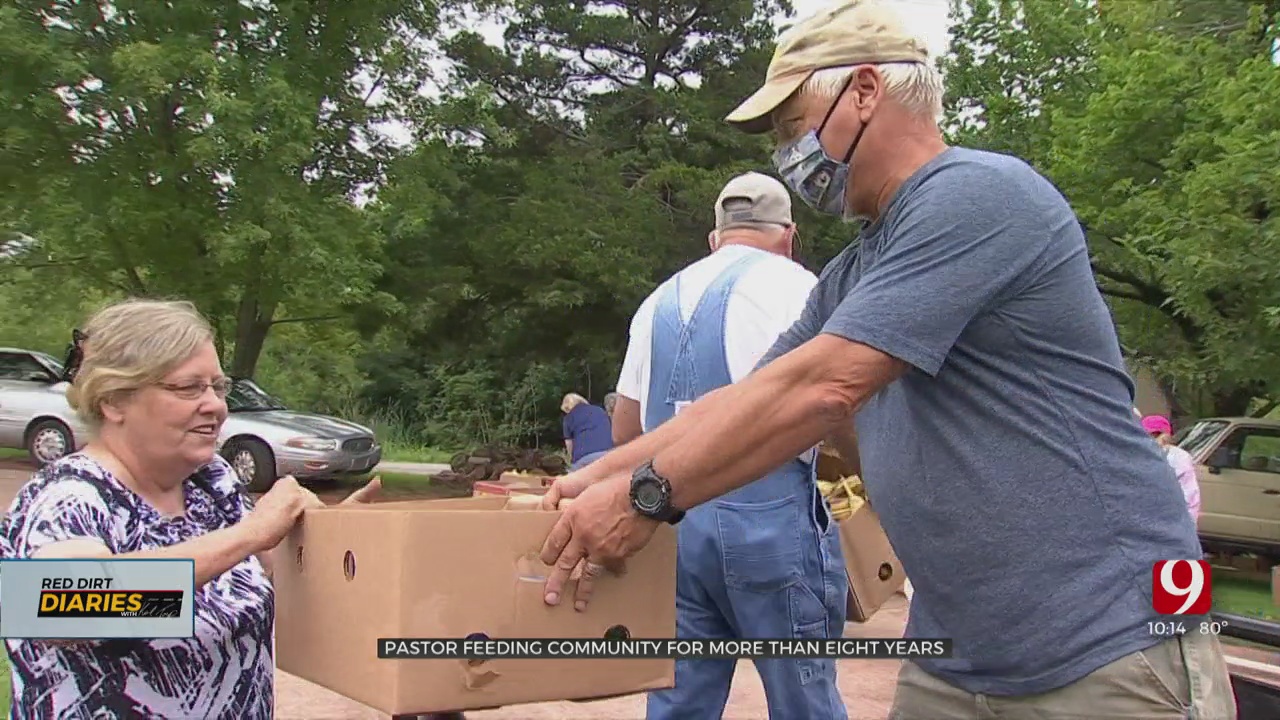 A Guthrie pastor is helping to feed his congregation through a weekly food pantry.

Every Wednesday, Pastor John Rumsey of Our Savior Lutheran Church hosts the food drive out of his garage.

“The scripture tells us freely we have received, freely we give,” said Rumsey.

Rumsey hosts the weekly event because the church is on the other side of town and many in the small congregation would have a hard time getting to the giveaway.

“There's a lot of people who don’t have a lot of food in Guthrie,” said Rumsey’s wife Karen.

Local restaurants and other providers donate the food which is delivered to the Rumsey’s home around 1 p.m. on Wednesday.

“We never know what we are going to get,” said Rumsey.

But the entire congregation knows what they get with Pastor John.

Rumsey’s dependability was instilled during his previous job.

The son of the pastor himself, Rumsey worked for 27 years in the United States Postal Service.

He said the job as pastor in Guthrie was a calling.

“It was a decision made by God,” added Rumsey, who said his church has an average Sunday attendance of around 25 people.

“We just operate out of love wanting to help people,” said Rumsey.