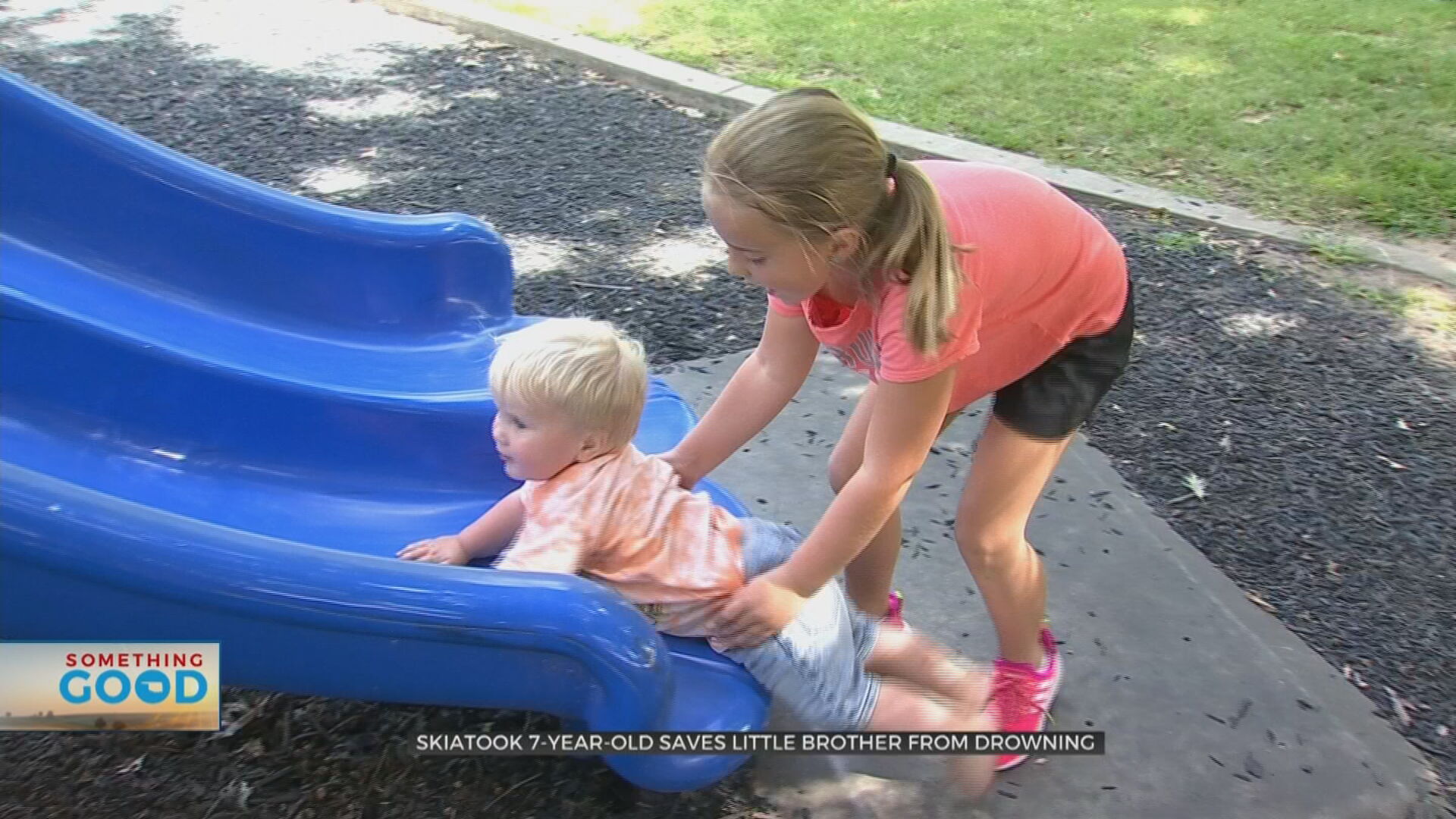 “I got frightened by my brother drowning and I want him to stay alive,” Kaylee said.

She jumped into a pool as he was drowning, pulled him out and called for help.

She said nothing is more important to her than her little brother. We have this story in our Something Good segment because of Kaylee’s bravery. Her parents are so thankful their little boy survived but say this has been a terrifying experience.

"My brother is more important than anything," said Kaylee.

Courage doesn't always mean we are acting without fear. It might mean doing what we feel is right, despite our fear. 7-year-old Kaylee Castleberry knows courage because she has it. Five days ago, she saved her baby brother's life.

"We were just kind of hanging out at the pool, ordered pizza," said Kaylee’s dad Shane Castleberry.

In an instant, 18-month-old Landon silently fell into the water.

“Looked away for half a second and looked right back, you couldn’t see he was in the pool,” said Shane.

“I got down on the ladder, got in and I started to swim to him. I grabbed him by the arm and started screaming for my dad,” said Kaylee.

In seconds, Kaylee’s dad pulled Landon out of the pool and friends and family members started working to get the water out of his lungs.

“He threw up a bunch of water and started breathing again,” said Shane, “It was one of the most traumatic things I think I have ever been through.”

Landon was checked out at the hospital and is doing great today. Now, all eyes have gone from him, to his big sister.

“She is a hero. She is an absolute hero. I am amazed that she had the courage to do that,” said Shane.

Kaylee said she was terrified in the moment

“I felt like I was going to drown but he stayed alive,” said Kaylee.

Despite her fear, she made the decision to jump in the water.

“Every time I see you look at him [your brother] you smile. What makes you so happy?” said News On 6 Reporter Sawyer Buccy.

“That he is here and not in Heaven,” said Kaylee.

Courage comes with a choice some of us have to make and for others like Kaylee, it is just who they are.

“Never in a million years would I think this would happen to us. We were watching so closely,” said Shane. “She is courageous. She was terrified and did it anyways. We can all make a difference if we act.”

Some of those swim schools are Miller Swim School, Safe Splash, Infant Swim and Infant Aquatics.