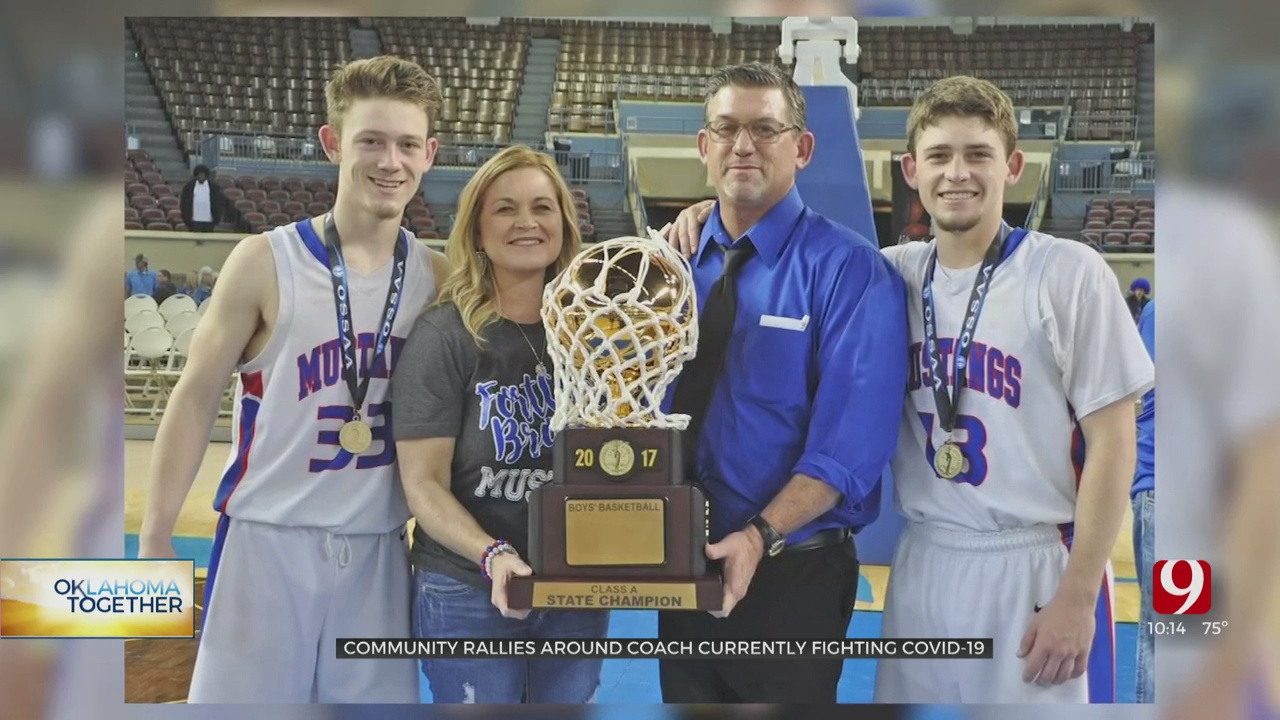 This weekend the community of Fort Cobb gathered to pray for a basketball coach fighting COVID-19.

Fort Cobb varsity basketball coach and teacher Scott Hines, 52, is hospitalized at Integris and fighting for his life after testing positive for COVID-19 in early July.

Hines had a perfect bill of health. It came as a surprise when family began testing positive for COVID-19.

“We were both sick and then my oldest son also started having symptoms on July 9th” said Hines’ wife, Becky.

All have recovered but Scott now on his fourth week in the hospital.

Before arriving to Integris, where he’s on an ECMO machine doctors discovered his lungs had collapsed.

“They had to put him on a ventilator to be able to put the chest tubes in, that would resolve the pneumothorax,” said Becky. “He had all of that going against him, not just the COVID.”

Sunday night, community members gathered at a local baseball field to pray for a recovery.

“It is very humbling to realize that you have so many people that care about you and that are praying for us,” said Becky. “It’s not just our community. Its reaching statewide and even other states.”

With a career spent on the sidelines, tables have turned. A community now cheering on a coach who has given more than he’ll never know.

“His former players and everything are fighting for him,” said Becky. “They are on the sidelines and it’s their turn for them to hell at him and say hey, you’ve got to take care of this.”

Right now, it appears the ECMO machine is helping. Family are taking each day at a time.