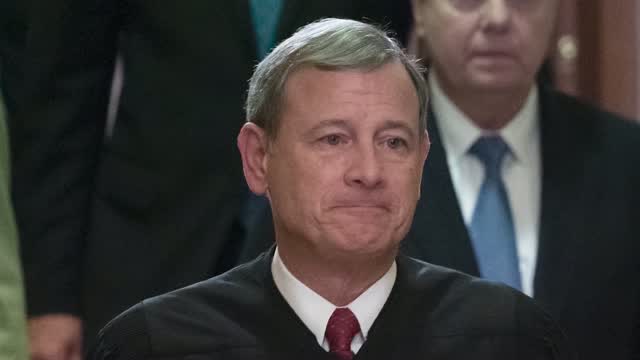 John Roberts, the chief justice of the Supreme Court, was hospitalized last month after injuring his head in a fall, court spokeswoman Kathy Arberg confirmed to CBS News' Jan Crawford. Roberts, 65, was treated at the hospital on June 21 and stayed overnight, Arberg said.

According to Arberg, Roberts sustained an injury that required sutures on his forehead while walking for exercise near his home. Doctors believe the fall was likely due to lightheadedness caused by dehydration.

Roberts has suffered from seizures before, but doctors ruled one out in this case. He had a seizure in 2007 while at his summer home in Maine, similar to a seizure that he suffered in 1993. CBS News chief White House correspondent Jim Axelrod reported in 2007 that the 1993 episode, which occurred while Roberts was playing golf, did not come up during his confirmation hearings because it was thought to be an isolated event.

Roberts was appointed by former President George W. Bush in 2005. In several recent court decisions, Roberts has been a swing justice, siding with the court's liberal wing on rulings involving federal protection for LGBTQ Americans and a Louisiana abortion law, and he wrote the majority opinion that halted the Trump administration's plan to end the program that protects undocumented Americans who were brought to the country as children.