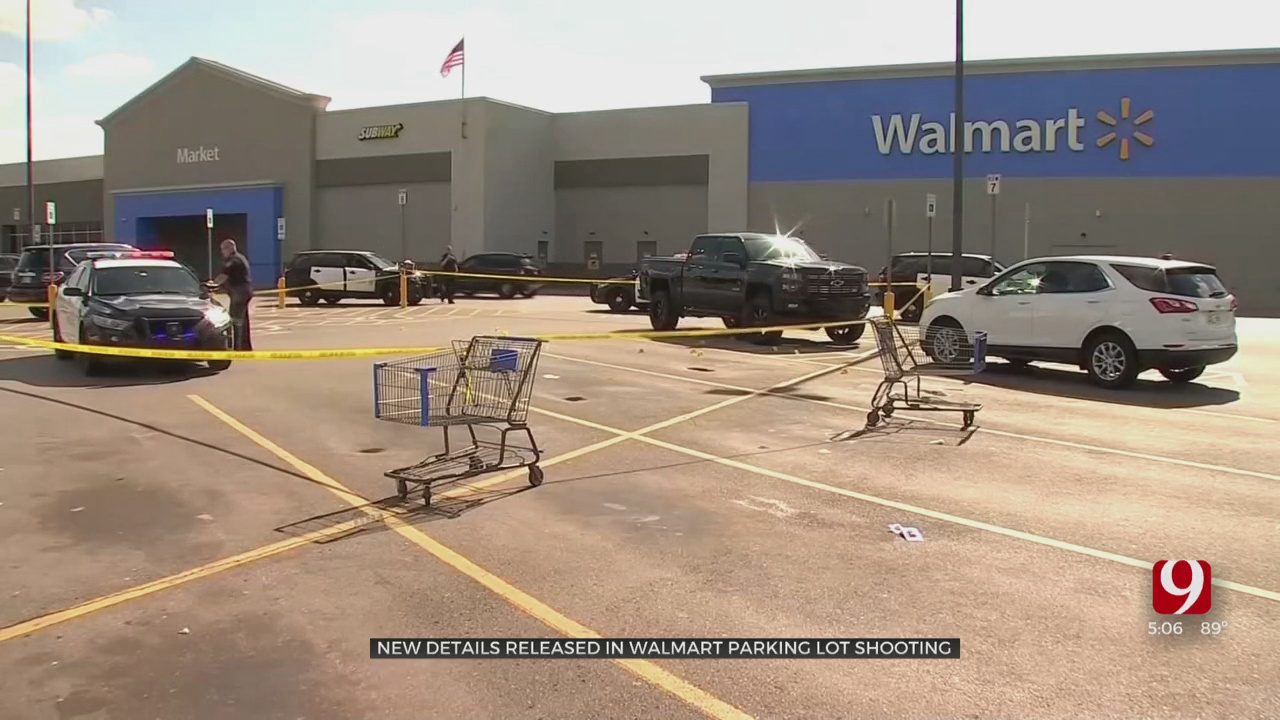 After multiple shots were fired in a Del City Walmart parking lot over the weekend, officials said the accused shoplifter is now behind bars.

An off-duty police officer working Walmart security tried to stop a man who police said took a few items without paying for them.

Del City police told News 9 they’re still investigating this incident, but the off-duty officer, who fired his weapon, is with Langston University.

As seen in the video, the officer is seen firing multiple shots at a car as it speeds away Saturday afternoon. Police said the driver, 28-year-old Kenneth Lee Simmons, was hit by gunfire.

“The suspect jammed the car into reverse and reversed the car as such and the officer jumped out, stood behind the car and shot about five or six more times,” said witness John Hamilton.

Simmons was treated at the hospital before being arrested on outstanding warrants. He also faces new complaints of assault with a deadly weapon and shoplifting.

“Walmart had reported to us that the individual had bought three or four items, but was pushing more items out the door that he didn’t pay for,” said Major Bradley Rule, Del City police.

“The officer was not performing duties on behalf of Langston University at the time of the incident.”

The statement went on to say the department will cooperate with Del City’s investigation.

Meanwhile, other witnesses said it was a scary experience.

“I was standing at a 45 degree angle from where the shots were fired,” said Hamilton. “If I was in the wrong place, I could have been a target as well.”

“Wish he wouldn’t have unloaded the clip and had to shoot the gun,” said witness Shannon Hicks. “He had to shoot, he didn’t know who was down on this side of the parking lot or what was going on.”

Officials said no one else was injured during the incident, but if you have any further information to call the Del City Police Department at 405-677-2443.