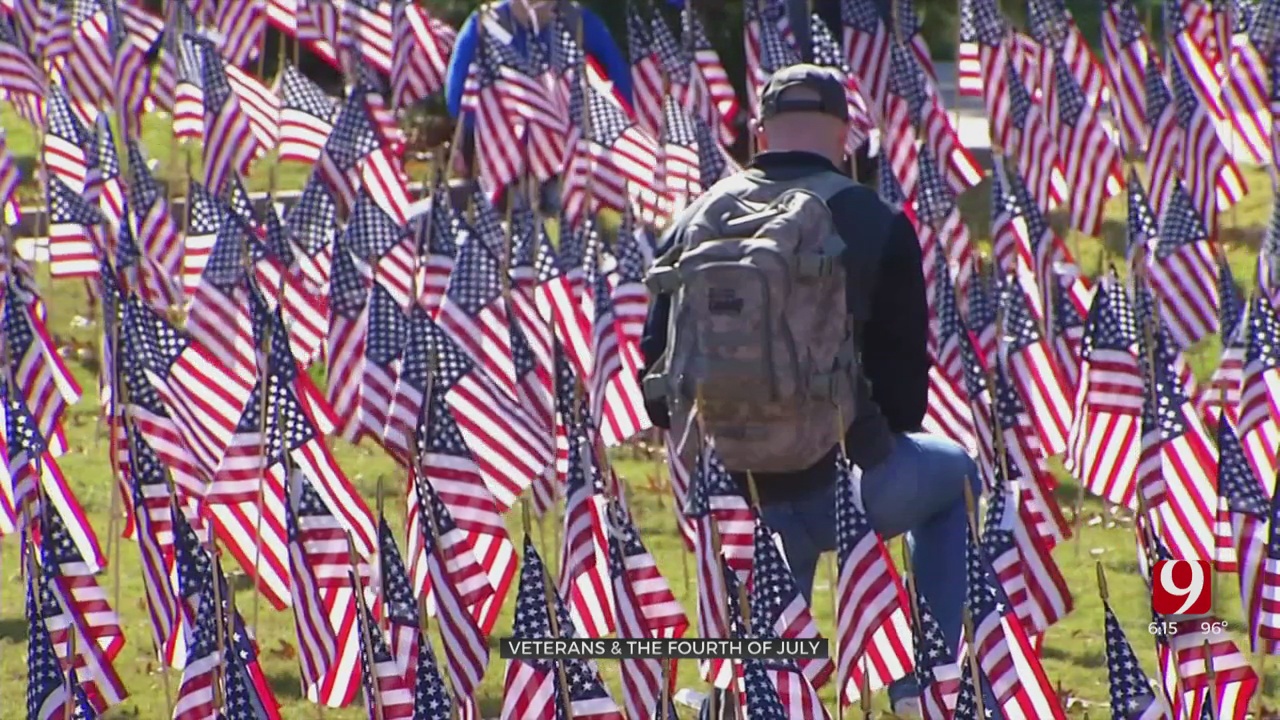 Fourth Of July, Use Of Fireworks Can Be Difficult For Veterans With PTSD

This year the Fourth of July, a holiday where people normally gather and celebrate our nation's Independence Day, is going to be a very different holiday due to the coronavirus.

Post-Traumatic Stress Disorder (PTSD) can happen to anyone who experiences a life-threatening event not just someone coming home from combat.

But for veterans living with PTSD, it is estimated over 500,000 U.S. troops live with it.

There are subcategories within PTSD, and one is hypervigilance.

This occurs when loud noises happen around the person, more specifically, it can happen when fireworks are shot off.

As independence comes and goes every year, this is a tough time.

"It is not only the loud sounds but also the surprise," said Cheryl Bay a Clinical Social Worker at OKC's VA hospital.

The surprise element of 4th of July happens when unexpected fireworks go off, or a flash of light goes through the sky.

"Some folks will use headphones, some earplugs to muffle the noise. So, it is not as intense," said Bay.

This year is going to look different due to their being no public fireworks in Oklahoma City, meaning fewer surprise elements.

"There tends to be very strong emotions that go with that a lot of guilt, a lot of shame, loss, and grief," said Deborah Larson-Stoa, a Clinical Psychologist at OKC's VA Hospital.

This is a process it takes time, plans, and works to get through Independence Day. So, while it might seem easier this year, emotions are still heightened within veterans.

This remains the question throughout treatment processes. So as 4th of July celebrations might be different, the message is still the same.