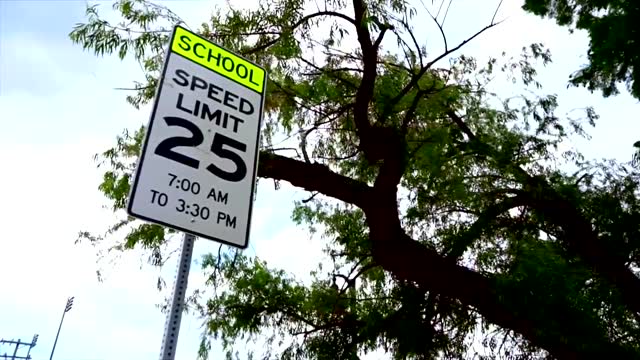 Graduations have been anything but normal since COVID-19. But on Thursday, students at Moore High School took their final steps as seniors across the big stage at the school's stadium.

They still carry an enormous weight with them after three students were killed near campus earlier this year.

Rachel Freeman and Kolby Crum were supposed to be at commencement. They, along with Sophomore Yuridia Martinez, was killed February 3 while jogging on the sidewalk during cross county practice.

Investigators said the suspect, Max Townsend, was drunk and ran over seven students, feet away from the fieldhouse.

Police said over 50 students and staff witnessed the aftermath.

Townsend made it less than a mile away before he crashed, according to officers.

Other students reportedly held him at the scene until investigators arrived.

"I don't know that those images will ever go away,” said Robert Romines, Moore Public Schools Superintendent. “First thing we saw were a lot of police and fire. There were students in the street."

Rachel Freeman, a senior, was the first confirmed fatality, and died instantly after the impact.

"Grief is not something that you can get past. It's something you have to get through,” said Michael Freeman, her father.

"The death of a child, absolutely a parent's worst nightmare. How do you get through that? God's grace. You don't have that kind of grace until you're in the situation,” said Jody Freeman, Rachel’s mother.

She was running alongside her boyfriend Joseph White, who was also severely injured.

“That's something I didn't even know if I would be able to walk across. I am grateful for that. It's not something I look forward to,” said White.

For the first time, we're hearing from the families of Kolby Crum and Yuridia Martinez.

Kolby was also a senior.

Eventually, they knew that Kolby would never wake up. He will always be remembered as quiet and kind.

“God was ready for him, and we accepted that,” said Hellbusch.

Yuridia was a sophomore. She was one of three girls and had a twin sister.

“You are in a cloud. You're in shock. It's like a dream,” said Erika Martinez, Yuridia’s mother. “Slowly as the days go by, you realize she is not coming back.”

Her mother, like the others who lost their children in the tragedy, said the community has helped them cope with the enormous loss.

“Those are the angels that God has put in our path,” said Erika.

“It was incredibly tragic. It was as tragic as anything I have ever seen, or you will ever experience,” said Mike Coyle, Principal of Moore High School. “In all of that darkness and anguish, you saw some of the best in people too.”

We also interviewed Chance Marlett about the alleged hit-and-run. He rushed to Rachel Freeman’s side but discovered she had already passed away.

“I was going to start doing CPR, but they told me there was nothing that I could have done,” said Marlett. “They didn't deserve that. I wish a lot of times that it would have been me instead.”

The students were honored during the graduation ceremony. MPS is also designing a memorial for those who died. It will stand near the place they took their last steps.

“I have always said, the 25,000 students we serve. Those are my kids. Those students on February 3rd, were no different,” said Romines.

We also want to mention Emily Gaines. Emily was also a Moore High Senior who was killed this year in a separate crash.

The suspect in that case is an off-duty Moore police officer. She will also have a memorial on campus.