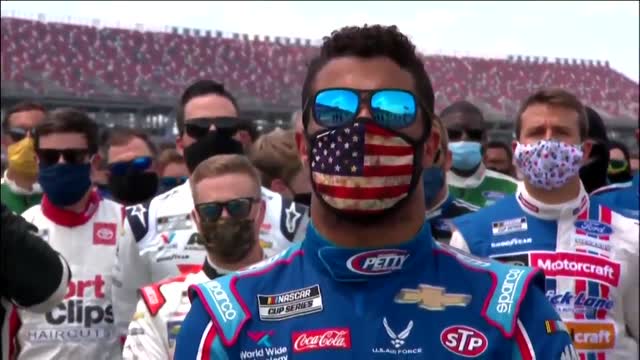 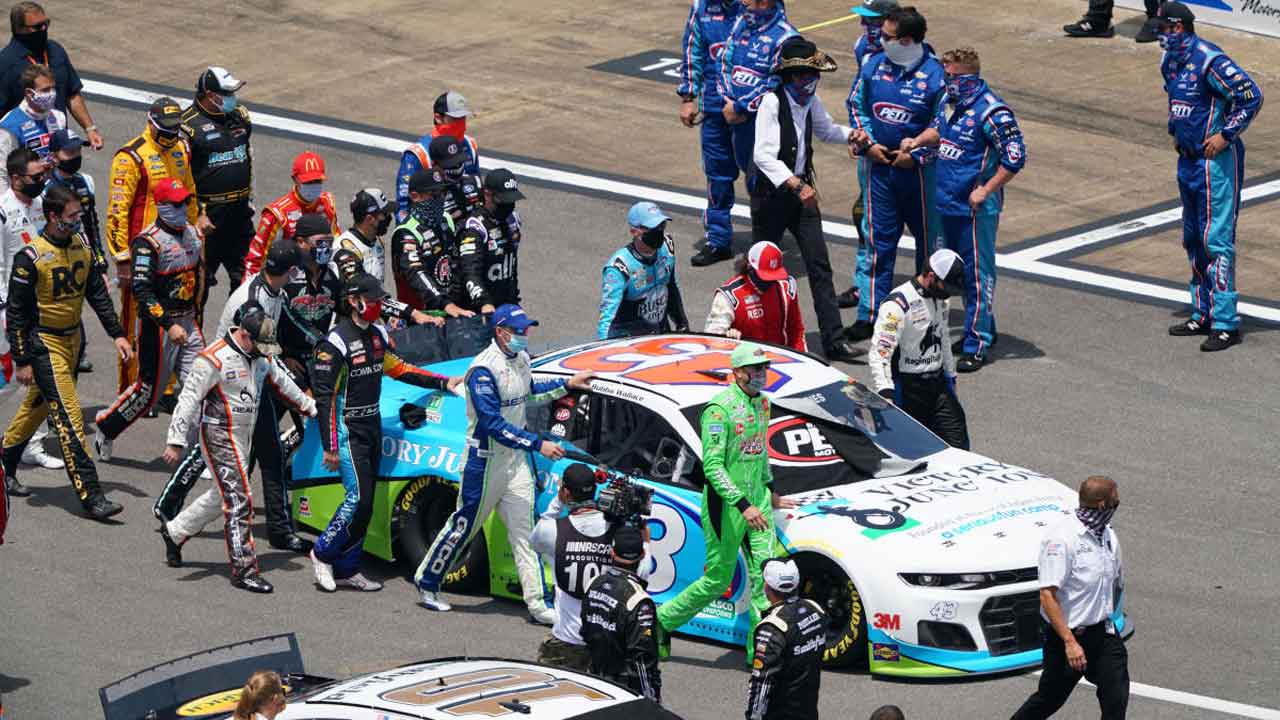 On Sunday night, NASCAR announced a noose was found in Bubba Wallace's garage during the Geico 500 at Talladega Superspeedway in Alabama. Wallace is the only Black driver in the Cup Series and has been the main voice in the sport for equality and inclusion.

Since NASCAR released a statement regarding the incident, many in the sports world, from his best friend on the track Ryan Blaney to Dale Earnhardt Jr. and NBA star LeBron James, have taken to social media to express their disgust with the incident and show love to Wallace.

On Monday afternoon, NASCAR president Steve Phelps discussed the current investigation by NASCAR and the FBI saying whoever is found responsible "will be banned from this sport for life," adding "I don't care who they are, they will not be here."

Ahead of Monday's continuation of the Geico 500 at Talladega, NASCAR made sure to show their support for the Richard Petty Motorsports driver.

Before the green flag waved, fellow drivers and their crews pushed his Chevrolet Camaro car to the front in Talladega in solidarity.

Wallace was emotional and in tears hugged each driver one by one.

He snapped a selfie with the drivers captioning it, "Together."

"I stand with Bubba" was painted on the grass.

When it came time for the national anthem, Blaney stood next to Wallace and the remaining garage stood behind.

Many athletes and drivers reacted to the powerful moment.

Wallace's spotter Freddie Kraft was heard on the radio saying, "Let's shut these haters up."

Joey Logano called it "an amazing moment together."

Stewart-Haas Racing tweeted out support for the No. 43 driver.