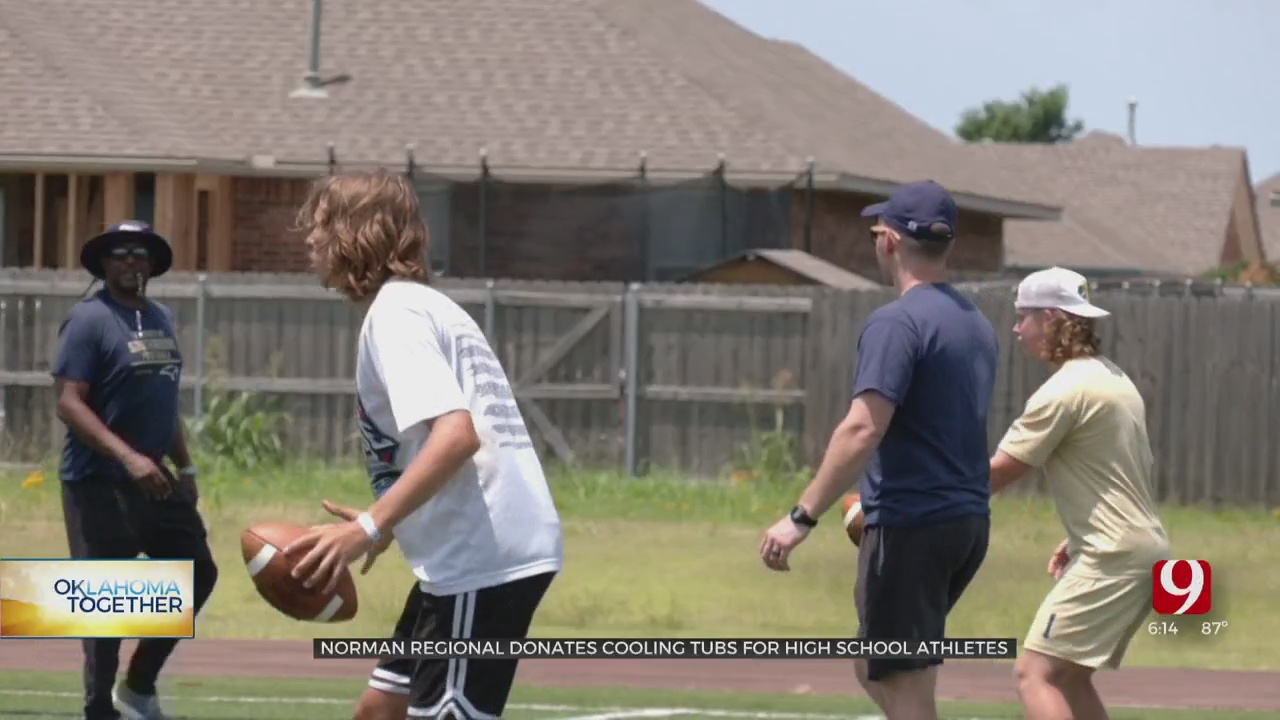 Beating the heat in Oklahoma, that’s hard enough any year. But in the middle of a pandemic, it’s more important than ever for high school athletes to keep cool.

“We’ve had several kids that, they’re a lot slower getting back into shape than they have been in the past," said Southmoore head athletic trainer Chris Trobaugh. "After two and a half months off, we expected it.”

That’s the case here at Southmoore and if you ask 100 other schools, you’d probably get the same answer.

And that’s why medical officials are concerned about an increase in heat exhaustion cases for athletes this year.

“That opens them up and makes them a little more prone to overheating and the heat illness issues," said Joe Waldron, Norman Regional Manager of Sports Medicine.

The Norman Regional Health Foundation and Ortho Central are trying to put those concerns on ice.

In the first wave of donations, cooling tubs are being delivered to 37 area schools, three of them at Southmoore to add to the Sabercats’ collection.

“I told the athletic directors, hopefully they wouldn’t have to use them, but they’re there if they do. And if it saves a life, saves a kid, that’s even better," said Diane Dragg, a Norman Regional Health Foundation board member.

And that’s the main point, saving lives. Football has the most heat-related deaths of all sports, on average three players die a year from heat-related illness. Thankfully not a huge number, but still too high.

Studies show that if proper protocols are followed when an athlete overheats, the survival rate is 100%.