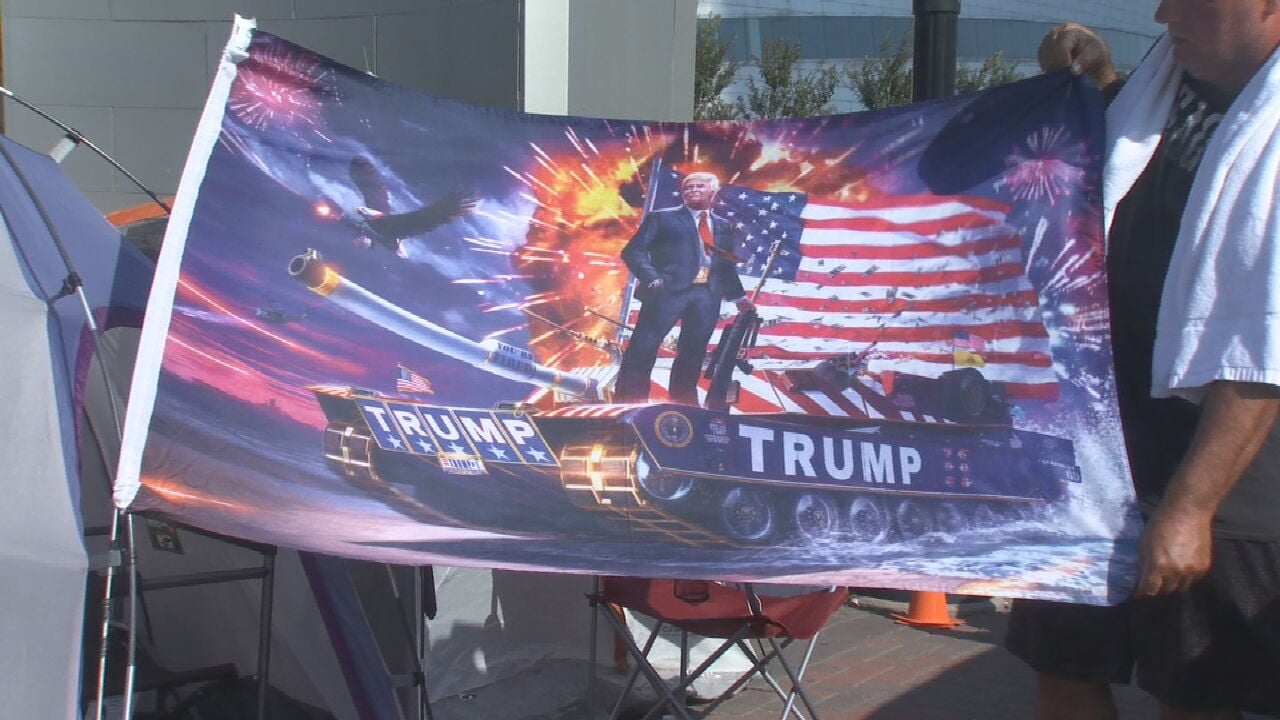 President Trump's arrival in Tulsa for a rally at the BOK Center is now just three days away.

People continue to camp out waiting for the president to arrive at the BOK Center.

According to President Trump's campaign, there has been more than 1 million ticket requests.

Two Tulsa attorneys--Clark Brewster and Paul DeMuro--filed a lawsuit that would've required attendees to wear a mask to the rally and practice social distancing.

They claimed the 19,000 person indoor event would be a "super-spreader" of COVID-19, but the request was denied.

Brewster said he'll have a team of researchers working on whether they should file an appeal to still try to get a hearing, but News On 6 spoke with one of the president's supporters who said she understands the risk.

Tiffany Nixon said "they can do what they want but really at the end of the day if you're sick, you don't need to be at President Trump's rally. If you're that worried about, it you probably need to stay home."

The president's campaign said there will be temperature checks, hand sanitizers, and masks available as people come in.