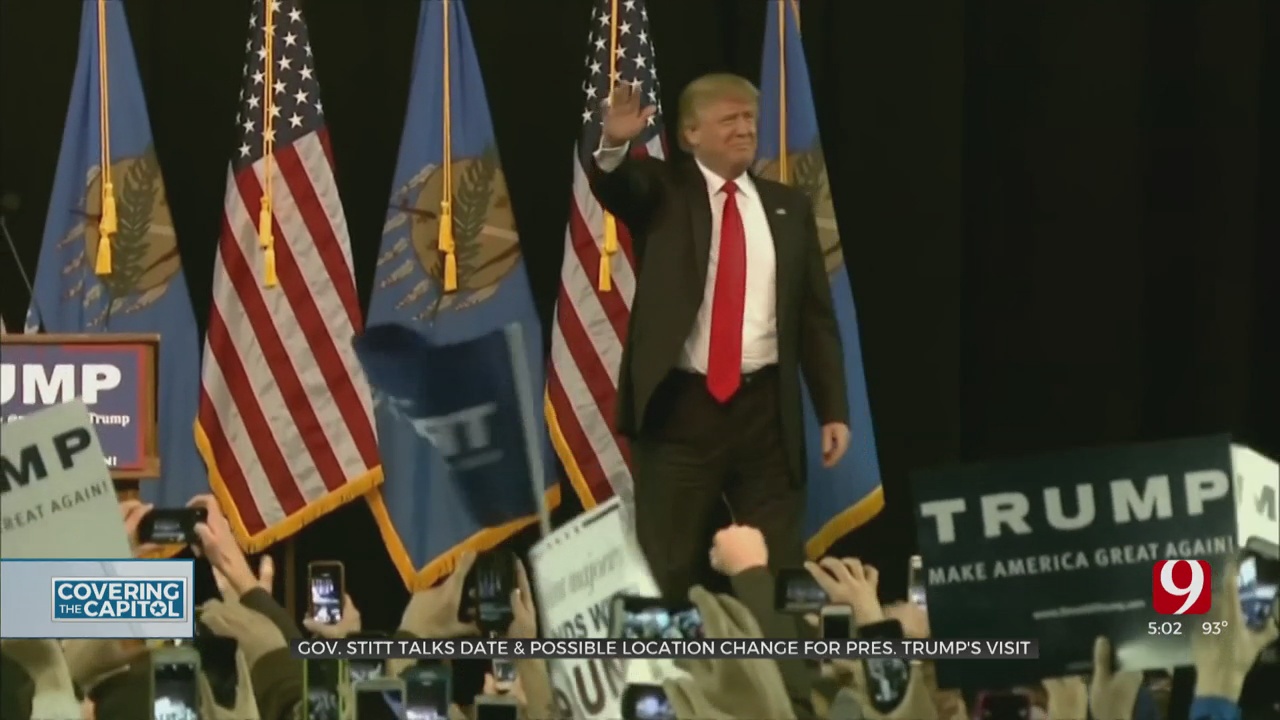 President Donald Trump will make his first campaign stop since the beginning of the COVID-19 crisis on Saturday in Tulsa.

He moved it from Friday because of Juneteenth commemorations, and state Republicans are expecting a huge crowd.

Gov. Kevin Stitt said demand for tickets for Trump's campaign speech is so great, he’s considering another venue. As for the president’s decision to change his speech from Friday to Saturday, Stitt said that was his idea, too.

“The president called me today and there’s over a million requests for his visit,” Stitt said. “I’m looking for a potential other venue, maybe we could move it outside. That’s still in the works. It’s currently at the BOK Center.”

“The BOK seats 20,000 people, and I believe it is the intent to fill the BOK up with people,” State GOP Chairman David McLain said. “Peaceful protesters are more than welcome. It’s the rioters and looters that are going to have problems.”

The president decided to move the date of the event from Friday to Saturday as folks commemorate Juneteenth; the anniversary of the reading of Abraham Lincoln’s emancipation proclamation in Texas.

“I was really pleased that we moved it to June 20. That was a request we made and so we’re really excited to move that back to June 20,” Stitt said.

Trump's campaign said he changed the date to honor requests of the African American community. Stitt insisted it was his idea.

“Correct, yes. We felt like because of the Juneteenth celebration in the African American community and for unity and reconciliation in our state it would be better to move that off of that date,” Stitt said.

As for concerns about whether so many people in one place could lead to a spike in COVID-19 cases.

While he’s not going to require folks to wear a mask at the campaign speech, Stitt said if you feel more comfortable wearing a mask, go ahead and do it.