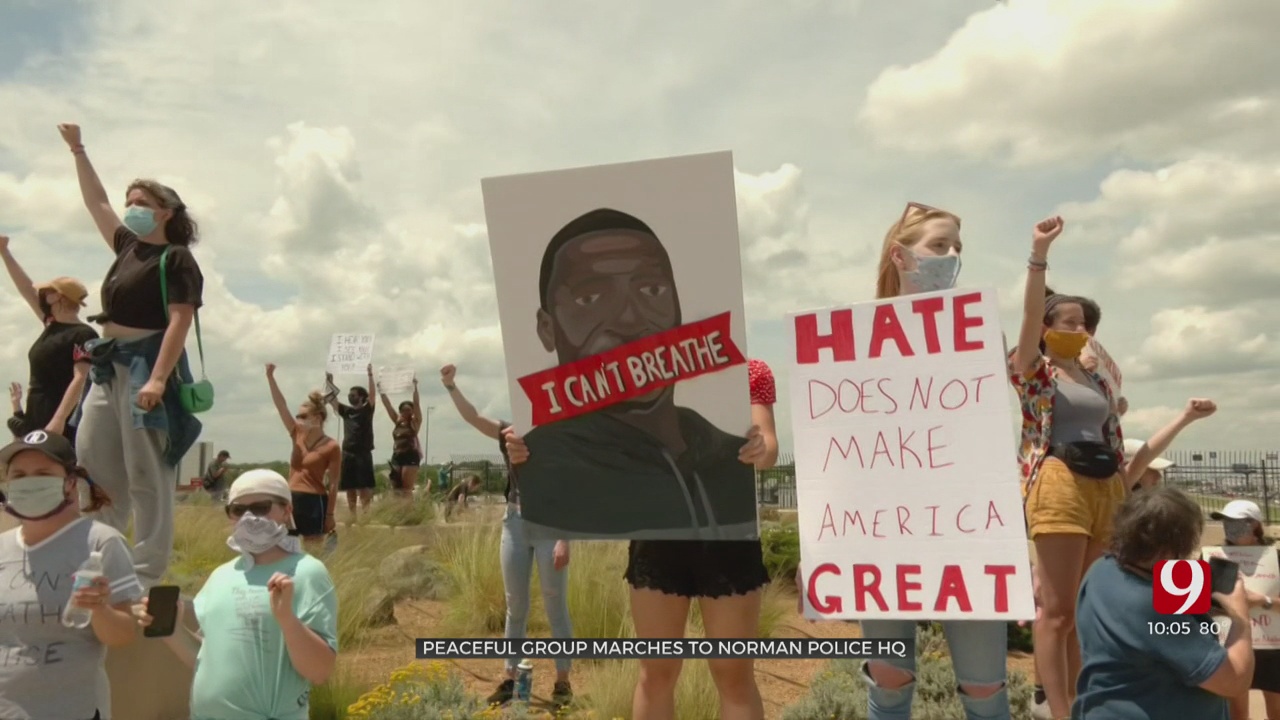 Peaceful protesters walked three miles from Sooner Fashion Mall, in scorching conditions, to have their voices heard by officers at police headquarters.

The diverse crowd, of all colors and ages, echoed concerns from around the country.

However, protesters said there is also injustice at a local level.

One man demanded accountability from police, but also wants protesters to maintain a clear and non-violent message.

“The violence has to stop, on the protester side towards property or people,” said Jackson Gordon.

Norman officers provided an escort as hundreds eventually gathered at the police station, and even had conversations with protesters during and after the event.

The group repeatedly called for others to say George Floyd’s name, who was allegedly murdered by Minneapolis Police and incited worldwide action.

The protesters also called attention to the closed Norman case of Marconia Kessee.

Kessee died at the Cleveland County jail back in January of 2018.

Investigators said that was due to a medical emergency, but the department did not condone the treatment of Kessee on scene.

Norman will not be reopening that case.

“Back then, we brought several groups in here and talked with them, including all of the family before Chief Humphry did all the discipline there for those guys,” said Police Chief Kevin Foster.

Norman’s mayor said she will support future rallies and protests.

She chanted this to the crowd.

“I am listening, and I am saying Black Lives Matter,” said Breea Clark, mayor.

At no point did the protesting turn violent.

We’re told that there could be another protest at Norman High this Saturday.