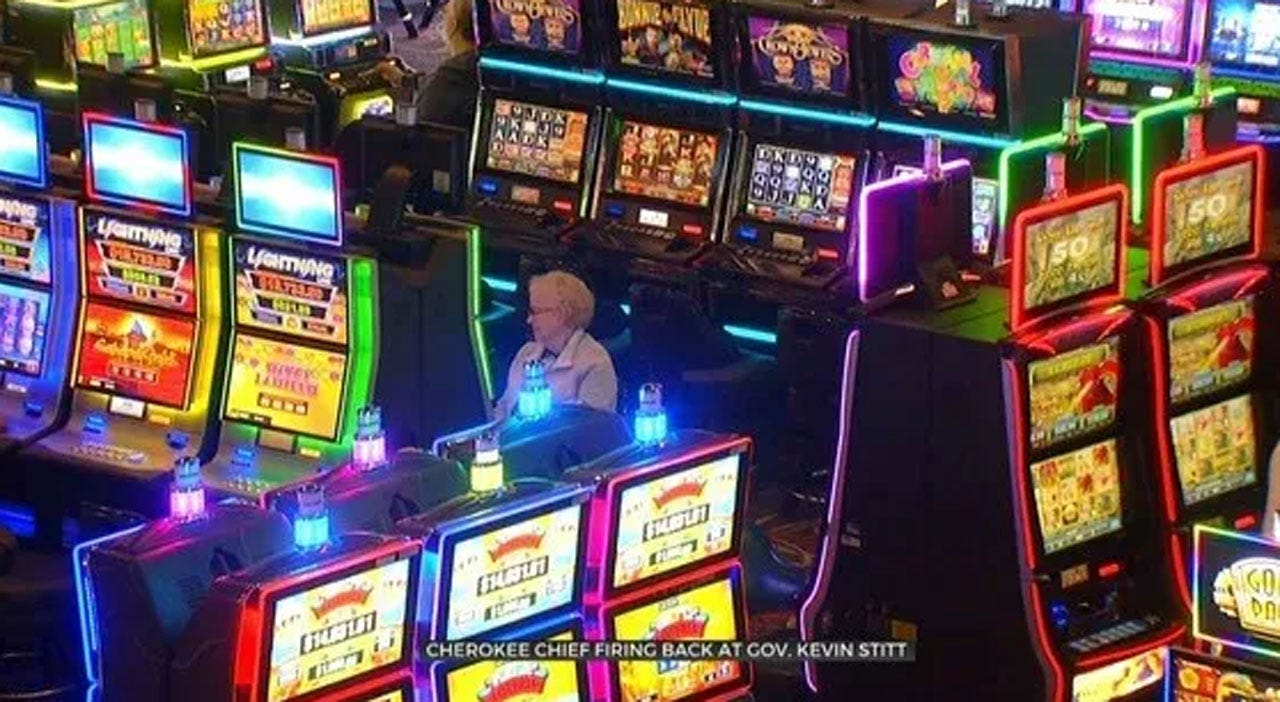 In a new podcast interview, the leader of the Cherokee Nation said the fight over tribal gaming compacts were either a “breathtaking misunderstanding” or a hollow threat on the part of Gov. Kevin Stitt (R).

“I don’t know another governor in this country, let alone a governor who campaigned on things like pro-growth, pro-private sector who would target an industry with those kinds of threats,” Principal Chief Chuck Hoskin Jr. said on “The Lost Ogle Show” podcast on Wednesday.

The heart of the dispute is whether the 15-year-old gaming compacts between the tribal nations and the state should have expired on Jan. 1 or if it renewed. Stitt maintains the compact has expired and tribal casinos will be operating illegally until they come to the table to negotiate for a new rate to give revenue to the state.

Currently, tribes pay between 4 and 10% in exclusivity fees. The Gov. would like that to be raised as high as 25 %. Last year tribes contributed nearly $140 million to the state and over the course of the compact have paid more than $1.2 billion.

The dispute is now locked into a federal court case filed by the tribes against the state set to be heard later this year.

The Tribes hold the compact renewed and 2020 is business as normal. Stitt has repeatedly floated the idea of bringing outside, commercial casino operators to take the place of tribal gaming. While the legality of the proposal is still being debated, Hoskin Jr. said it would put non-tribal rural communities as well as tribal nations at risk.

“You’re talking about hurting Oklahomans when you talk about doing something that might cripple the gaming industry in the state,” Hoskin Jr. said.

The threats were the equivalent of pouring gasoline on an already raging fire. From the outset of the dispute more than seven months ago, Hoskin said tribal members felt disrespected by a governor who made his Cherokee Nation membership as a campaign talking point.

Stitt announced he wanted to renegotiate the compact in an opinion article before sending formal letters to tribal leaders, a decision Hoskin said didn’t show Indian nations “the respect that we’ve earned, that we deserve.”

In response, Stitt’s office said tribes have had ample time to negotiate and they’ve even offered an extension to allow gaming to continue while talks over the compact are at a standstill. The lack of an extension has not stopped most casinos and gaming vendors from operating as normal.

“The Governor began the process to negotiate the gaming compacts 7 months ago, well before the Jan. 1, 2020 expiration date; and in December, also offered an 8-month extension in order to protect casino operations and the State’s economy from unnecessary disruption,” The governor’s spokesperson baylee Lakey said in an email. “The State is preparing for the federal lawsuit filed by the Chickasaw, Choctaw, and Cherokee Nations, and is continuing to encourage more tribes to join the State’s 8-month extension in order to protect all parties’ interests during this time of uncertainty."

“It can only be one of two things,” he said. “It can only reflect a breathtaking misunderstanding of the entire gaming industry of the state and how it works and even how the basic gaming laws work. That’s what it could reflect. Or it could reflect a threat that I don’t think the governor could ever deliver on.”