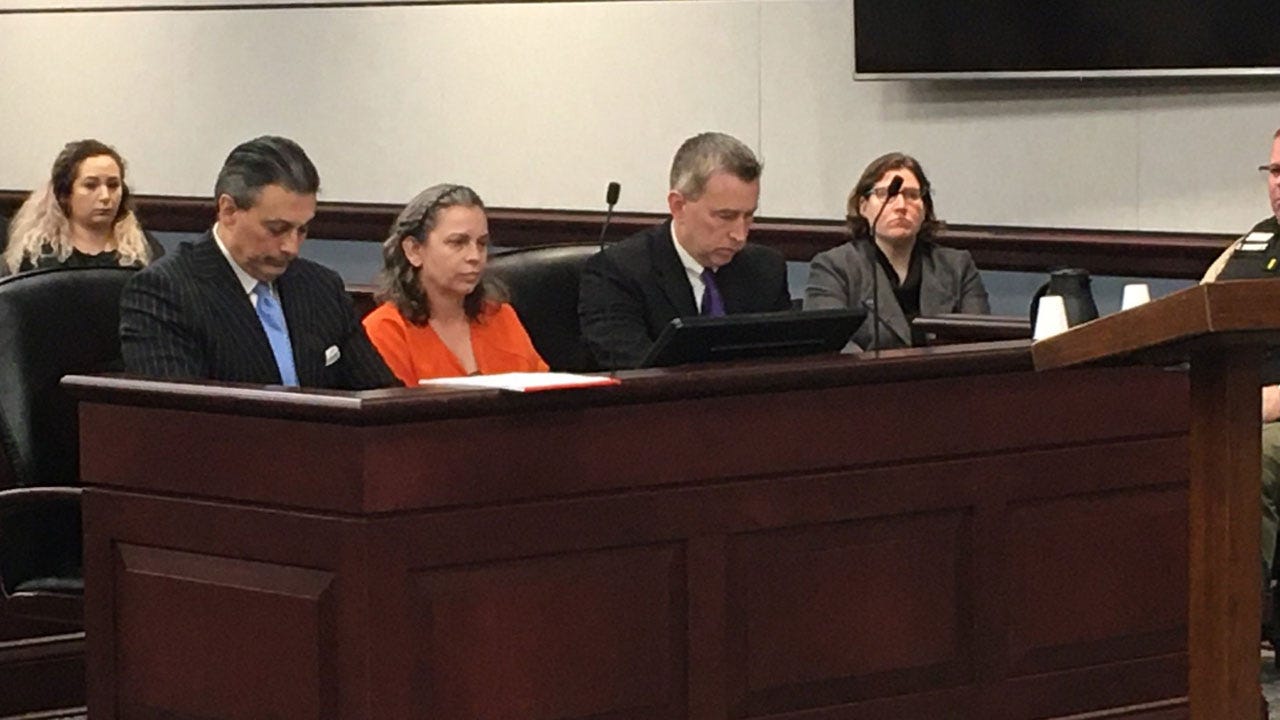 A South Carolina woman pleaded guilty to fatally poisoning her husband by putting eye drops into his water for days. She was sentenced to 25 years in prison.

She poisoned him with Visine for three days in July 2018 before the poison eventually caused his death, prosecutors said.  Lana Clayton said her husband was abusive and she didn't mean to kill him.

"I did impulsively put the Visine in Steven's drink, but I just did it to make him uncomfortable..." Lana Clayton said in court. "I never thought it would kill him."

WSOC-TV reported that his funeral was held in the home's back yard before the autopsy results revealed the cause of death.

She was originally charged with murder but accepted a plea deal.

Court records show the couple lived on property worth more than $1 million and Steven Clayton, 64, has over a $1 million in other assets. He was a retired businessman from Florida.

Lana Clayton knew the Visine would kill her husband and continued to poison him, prosecutors said. They accused her of destroying  his will so she could inherit his money.

"How can you maintain you did this to teach him a lesson, when it is obvious from the facts that you let him suffer for three days," Judge Paul Burch told Clayton in court. "You ignored him."

WSOC-TV reports friends and family of Steve Clayton were emotional as they gave impact statements inside the courtroom.  Steve Clayton's goddaughter said, "Lana has fooled a lot of people. Please don't let her fool you."

His sister also spoke, telling the judge she was "sickened to be in the same room with the monster who killed my brother," the station reported.