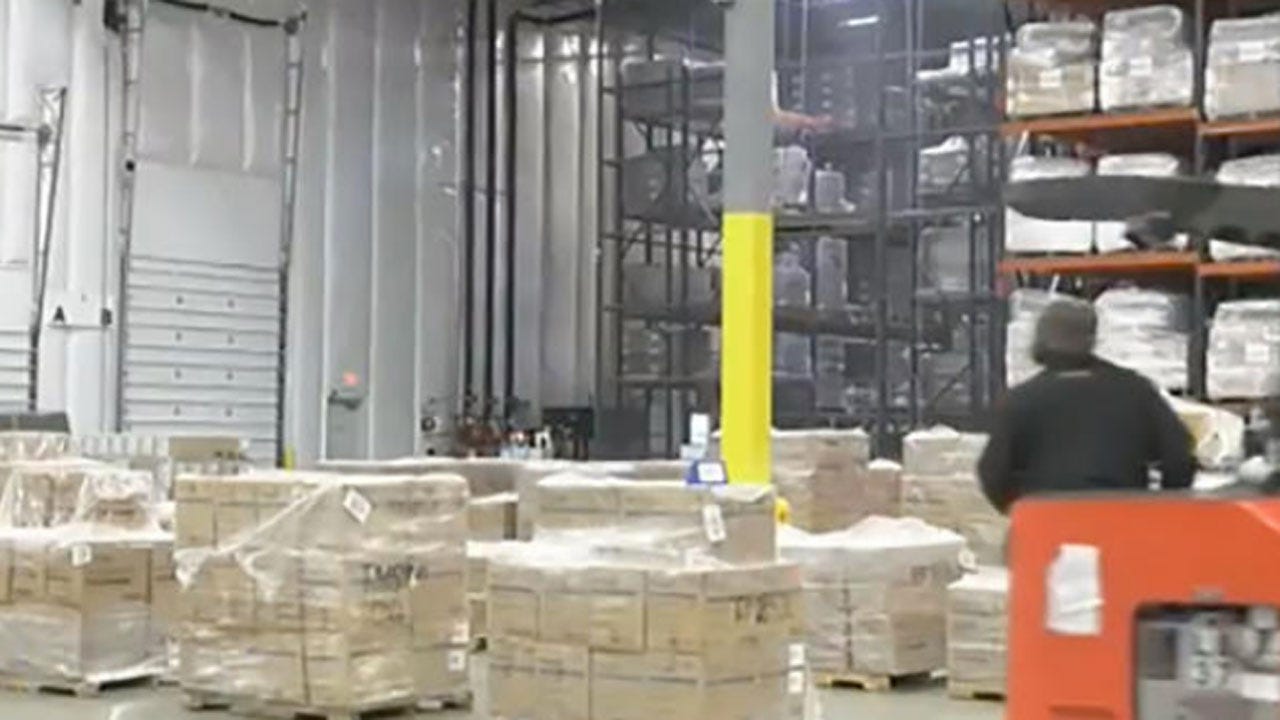 The former director of the largest U.S. stockpile of medical supplies told CBS News we may not have enough inventory of masks, gowns and ventilators to meet the needs of doctors and nurses fighting the coronavirus.

"The system is very stressed," said Greg Burel, who retired in January after 12 years as director of the Strategic National Stockpile (SNS), the nation's $8 billion supply of medical equipment, drugs and protective gear.

"The Strategic National Stockpile is that very last lifeline," Burel told CBS News' Catherine Herridge. "It doesn't have everything in unlimited resources that people would like it to have."

The U.S. began tapping that lifeline earlier this month, shipping supplies across the country from government warehouses, their locations kept secret for national security reasons.

"It would never have been possible, even with virtually unlimited funds, to supply everything that's going to be needed for this event, from the Strategic National Stockpile," he said.

The stockpile's biggest deficit may be ventilators.  An official with Health and Human Services confirmed to CBS News there were 16,600 ventilators before COVID-19; now there are thousands less, as officials anticipate a surge of new cases.

Herridge asked, "Why aren't there more?"

"Ventilators are very expensive to purchase," said Burel, "so it's not just a question of buying one of these many-thousand-dollar pieces of equipment, but also you have to package that correctly so it can be used quickly and to keep those in good shape, by sending them back for regular maintenance. It's a very expensive proposition … a heavy lift."

Another complication: In response to the 2009 H1N1 pandemic, the stockpile deployed nearly 20 million pieces of personal protective equipment, and 85 million N95 masks.

According to Burel, "We didn't receive funds to replace those masks, protective gear and the anti-virals that we used for H1N1."

"My concern going forward is, it's going to be hard to prepare for a second wave, or for a future need in this area," he said. "So, while the supplemental appropriations Congress has provided are wonderful, the question is how do we sustain that further investment for the future?"

In a statement to CBS News, a spokesperson for Health and Human Services said they've made several targeted purchases of protective gear for the stockpile.

With additional testing, officials determined some older masks and surgical gowns are still good to use. On the lack of ventilators, the FDA issued an emergency use authorization that allows certain devices, including anesthesia gas machines, to be modified and used as ventilators in healthcare settings.