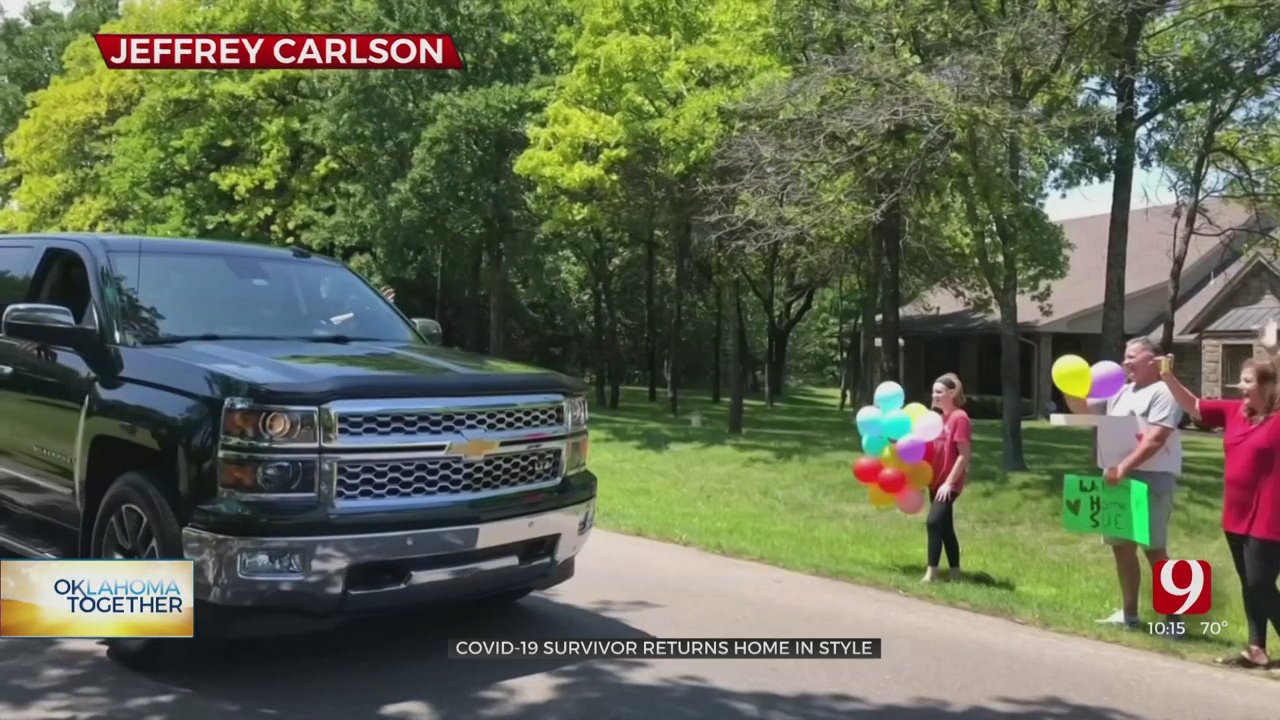 After spending more than 20 days on a ventilator, a 73-year-old Edmond woman is back home after fighting off COVID-19.

Susan Laurick said the fight for her life began on April 1.

Arriving home is something Laurick will honestly tell you she never thought she would live to see.

“The last thing I saw leaving the neighborhood was my son,” said Laurick. “I didn’t think I was going to come back; I was that sick.”

Laurick said her health crumbled within a matter of hours. She was taken by ambulance to Mercy Hospital in Oklahoma City.

“I really don’t think I would have made it if it hadn’t been for them (nurses at Mercy) because I had no family nobody could come and see me,” said Laurick. “Today is the first day I saw my husband in 49 days.”

After weeks on a ventilator, Sue received a plasma donation and out of nowhere found herself on the mend.

Fast forward to Tuesday, neighbors and family can’t believe it. First responders were on hand to welcome Sue home. Her husband, Jim, works closely with Oklahoma Highway Patrol. He is the president of Concerned Oklahomans for the Highway Patrol Society (COHPS).

“If you watch a lot of the national news all you see are like death rates and negative stuff,” said Emily Bertles, a neighbor. “To know that she beat those odds and is finally able to come home is a miracle.”

It’ll take time to readjust but one thing she can’t hear enough, is “Welcome Home Sue.”

When Sue is up for it, neighbors said they’re planning a trip to Eskimo Joe's in Stillwater. Sue said she’s been craving cheese fries.