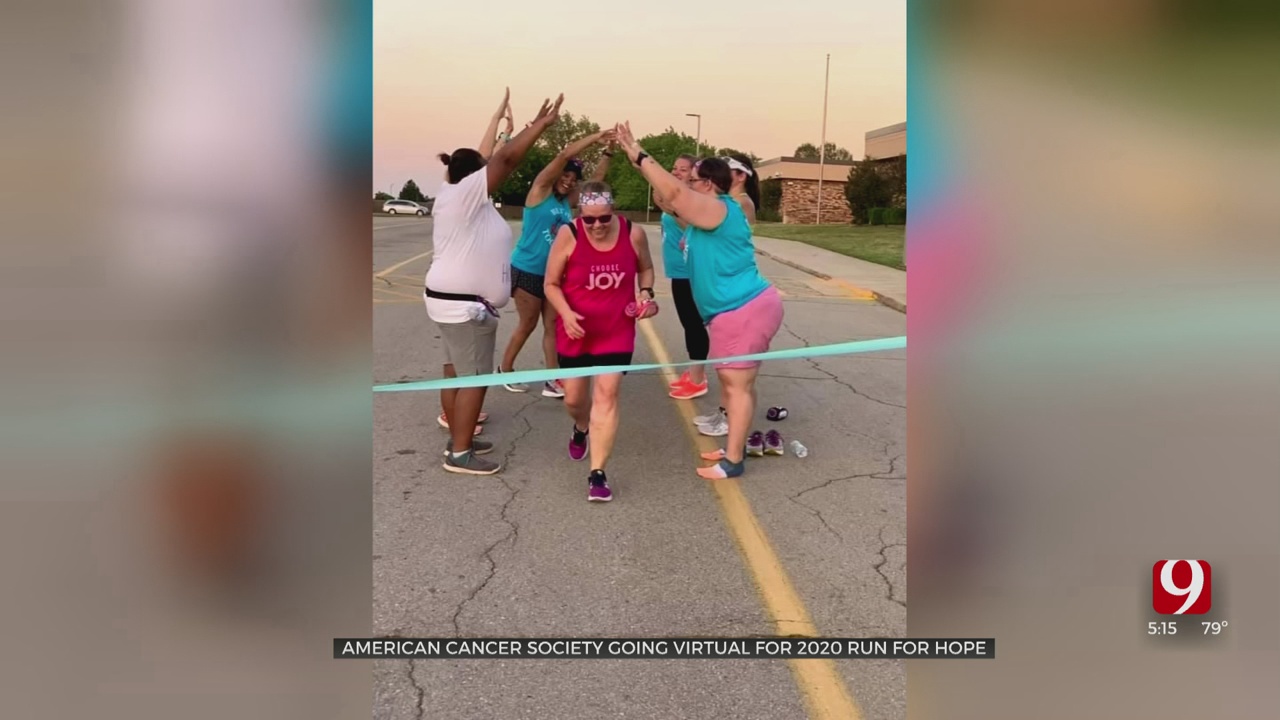 The University of Oklahoma Health Sciences Center Campus is the future site of Hope Lodge Oklahoma, a facility built specifically for cancer patients to stay for extended periods of time during treatment. They hope to break ground later this year.

The American Cancer Society’s Run For Hope raises money for it, and it looks a little different this year.

The 2020 version was supposed to be just like the previous two years, but COVID-19 changed that.

“There was a huge adjustment to making it all virtual," said Alicia Jackson , ACS Community Development Manager.

So thanks to Jackson and her team, you can Run For Hope just about anywhere.

All you have to do is sign up on the Oklahoma American Cancer Society website, run a 5K, 10K or fun run, and email your times in for a shot at a virtual medal.

Jackson said participation is down from last year, but there’s good news.

“I feel like we’ve almost hit a new audience with folks who are participating, like runners who are typically going to go out anyway are now rallying behind the cause of fighting cancer," Jackson said.

Registration is $20 and plenty of individuals and teams have been pounding the pavement to raise money.

The running group Yukon RAW, short for runners and walkers, is at the top of the leader board with their Better Together team.

They put on their own 10K and 5K race Monday night.

“We even had race photographers … which were just RAW members," said group member April Scott.

Scott said she too thinks the virtual nature of the event attracts a different clientele.

“I think there were a lot of local people who maybe didn’t have the time or inclination to go into the city who came out and ran last night when we all ran together, for sure," Scott said.

The Run For Hope goes until May 25, Memorial Day, and you can sign up at any point through the last day.

Jackson said while they look forward to a traditional race next year, they’re thinking about keeping the virtual race as another option.