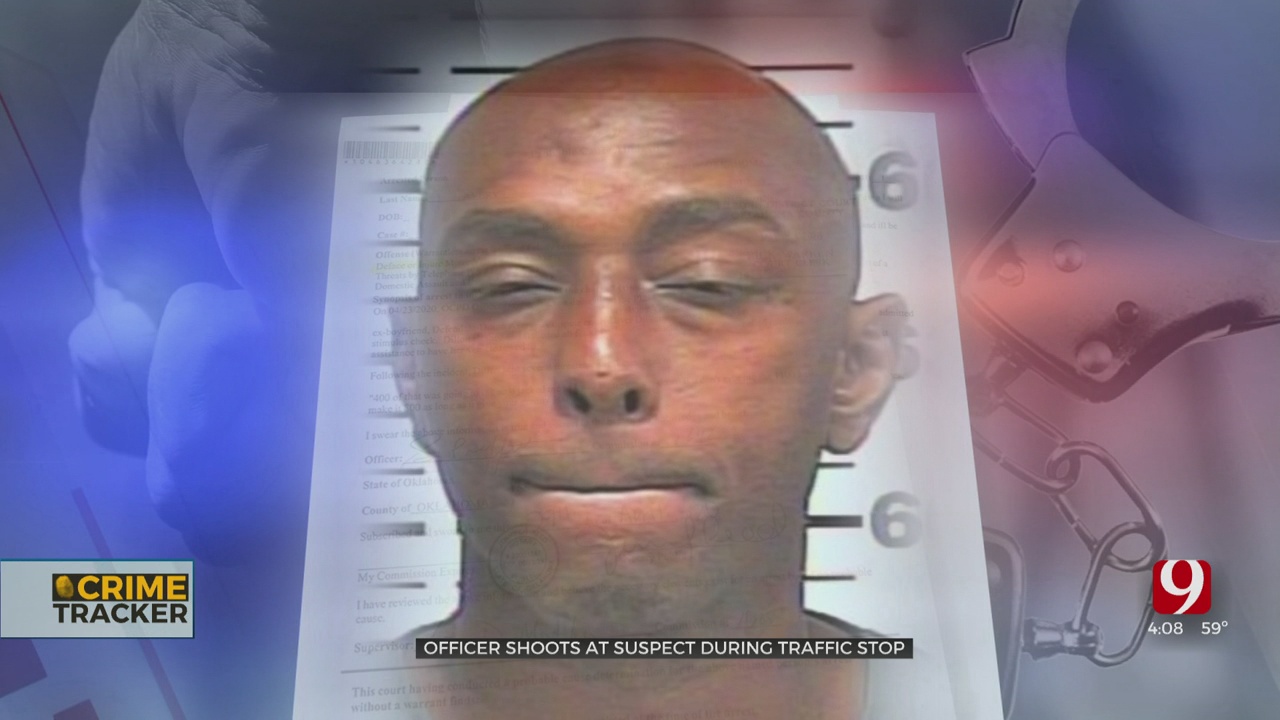 An Oklahoma City police officer was placed on paid administrative leave after he shot at a driver during a traffic stop.

Shots were fired on Saturday night in the parking lot of a 7-Eleven gas station near NW 32rd and Classen Boulevard.

The driver pulled over was 44-year-old Monte Webb.

“When he made contact with the driver, he asked him to step out of his vehicle. As the driver was coming out of the vehicle, he grabbed a gun,” said Capt. Larry Withrow, Oklahoma City Police Department.

“No one was hit with the gunfire, and the officer was able to take the subject into custody without further notice,” said Withrow.

The trip to the Oklahoma County jail was not a first for Webb.

Court records showed Webb has a long list of priors that included a first-degree murder charge. However, a judge dismissed the case in 2014.

That same year, Bob Mills SkyNews 9 captured an intense high-speed chase between Webb and Oklahoma Highway Patrol troopers. The chase ended in a violent crash on Lincoln Boulevard after Webb slammed into another car.

And then this year in February, Webb was arrested and accused of breaking into a disabled woman's northwest Oklahoma City home.

The woman grabbed her grandchild and called 911 from her bathroom.

She told the dispatcher Webb had a gun and was sitting in her living room.

Caller: “Got his foot in the door and then he just pushed his way in.”

Webb was released from jail for the officer-involved shooting arrest after he posted an $8,000 bail.