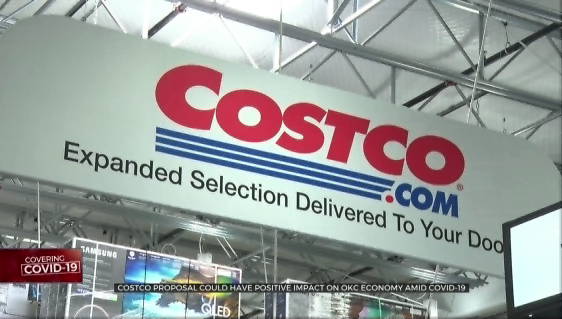 City leaders could take the first step in approving a $3 million dollar incentive package that could bring a Costco call center to Oklahoma City.

Over a thousand jobs could be coming to OKC over the next few years if the deal is approved, along with millions in tax dollars.

With those new jobs, Costco would add $14 million in payroll in OKC in the first year. By the end of the fourth year of the center, that number would be over $62 million.

The total economic impact would close in on $8 million over the first seven years.

Our partners at the Journal Record talked to Jeff Seymour, the Executive Vice President of Economic Development for the Greater Oklahoma City Chamber. He said Costco is a great community partner.

OKC Mayor David Holt weighed in on the potential deal ahead of the Economic Development Trust meeting.

He wrote on twitter there are different parts of the deal that still need work, but this is potentially amazing economic news for the city.

Mayor Holt also wrote OKC would be thrilled to take the current partnership with Costco to a higher level.

"These 1,044 potential jobs, paying nearly $60,000 on average, would represent one of the largest single job creation success stories we've ever had," said Mayor Holt.

The city's Economic Development Trust will vote on the deal Monday at 2 p.m.

The deal is also on the city council agenda for Tuesday.