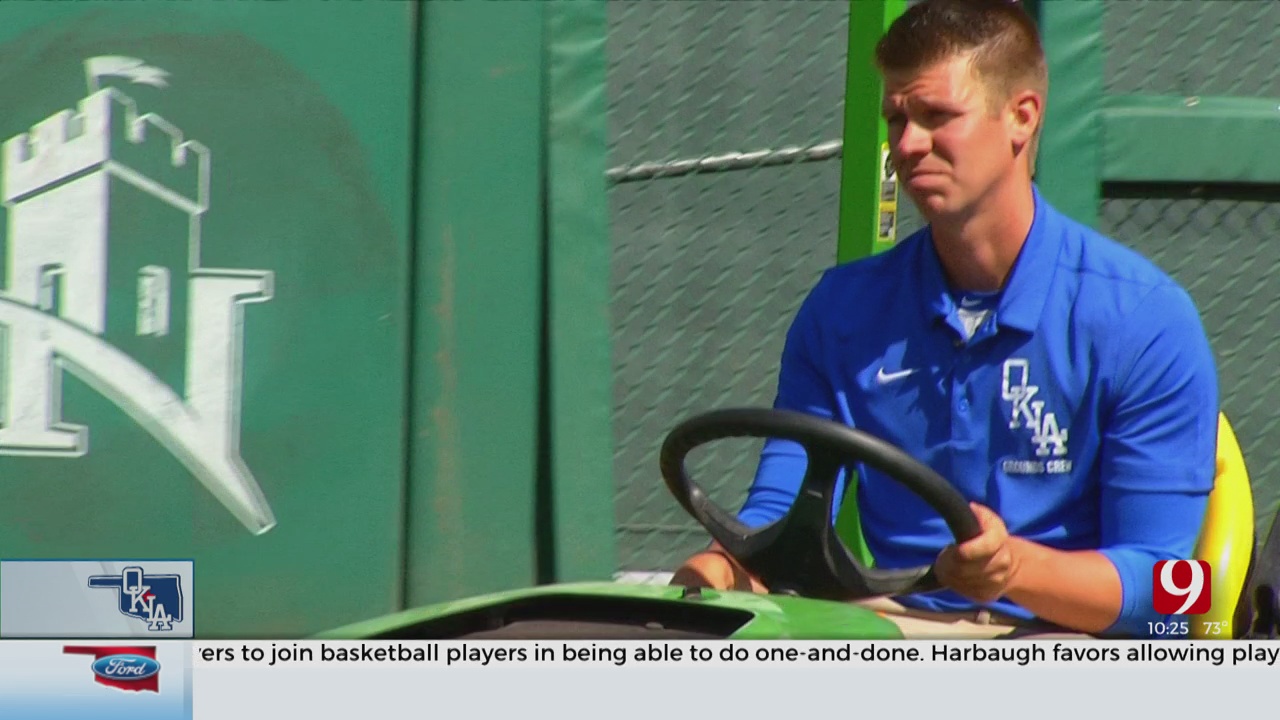 "That's the best the field's going to look all season," Jackson said.

Without any games to play, the Chickasaw Bricktown Ballpark field is still at its best.

"This is one of the biggest assets we have as an organization,” Jackson said.

The Dodgers' head groundskeeper used to have help.

"Had about 15 to 18 part-time staff hired on for this season,” Jackson said.

Once baseball was put on hold, it’s been just Jackson here by himself. His family and friends are jealous.

"Yeah, they say I've got the perfect job," Jackson said.

Working from home is not an option for Jackson.

"Since it's just me, I'm pretty social distanced,” Jackson said. “I've got two and a half acres out here that no one's really going to mess with me."

If anybody tries to, they've got to go through Cutch, Jeff's five-year-old beagle.

"He's a supervisor of quality control,” Jackson said. “He keeps me in line."

Cutch’s job is important because Jeff can't afford to sit and watch the grass grow.

"There's [sic]a lot of moving parts that you've got to keep an eye on every day,” Jackson said.

It's been well-established nobody knows when the next time baseball will be played inside Bricktown Ballpark. The unknown return brings up an important question: Does Jackson need to tend to the field every day?

If you want baseball back as soon as possible, the answer is yes.

"If I was [sic] to take two weeks off, it would probably take me two months to get it back to where it needed to be,” Jackson said.

So, when the Dodgers get the go-ahead to open their season, the field will be ready.