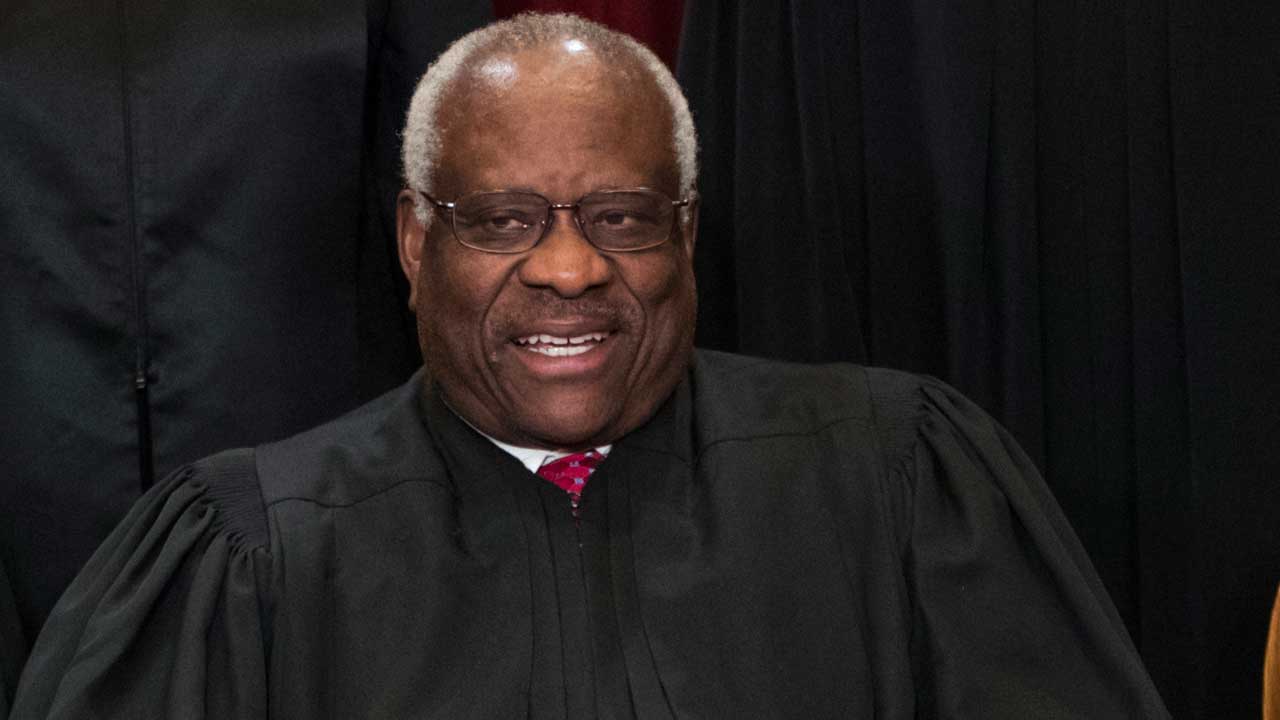 The Supreme Court made a welcome foray into the digital age this week as it heard three days of arguments by teleconference and provided live audio to the public and the press. But the new format, spurred by the coronavirus pandemic, also brought active participation from the Supreme Court's least loquacious member: Justice Clarence Thomas.

News that the Supreme Court would conduct arguments remotely and by telephone — with justices asking questions one-by-one in order of seniority — sparked questions among court watchers of what would happen when it came Thomas's turn. Would he say "pass?" Would he remain silent? Would listeners get the rare chance to hear his deep voice?

Luckily, anxious legal eagles wouldn't have to wait long before learning whether Thomas would break his characteristic quiet, since he is second in seniority, behind Chief Justice John Roberts.

Indeed, when the justices convened for their first-ever teleconference arguments Monday in a trademark dispute between Booking.com and the U.S. Patent and Trademark Office, those questions were answered. Thomas spoke.

Since then, Thomas has been a steady questioner in each of the three days of arguments held by the Supreme Court. In one instance, as the justices heard a dispute stemming from Obamacare's contraception mandate, Thomas went out of turn, posing his questions after Justice Ruth Bader Ginsburg.

While Thomas often does not address the lawyers who appear before the Supreme Court, he is active when the justices hear cases in person, whispering to Justice Stephen Breyer, who he sits beside, and quietly soliciting records from court staff. But he had gone years without asking questions, and it's been news when he does.

Last year, Thomas made headlines when he posed three questions during oral arguments in a case involving Curtis Flowers, who was tried six times for the same murders in Mississippi. In 2016, he broke a 10-year silence streak during arguments in a case involving a federal law that bars people with domestic violence convictions from owning guns. His questions came just two weeks after the death of Justice Antonin Scalia.

Thomas addressed his hushed presence during oral arguments at an event at the University of Kentucky in 2012 and said much of the information the court needs to answers its questions are in the legal briefs filed. His colleagues, he said, talk too much.

"I don't see where that advances anything," he said of the questions during oral arguments, according to the Associated Press. "Maybe it's the Southerner in me. Maybe it's the introvert in me, I don't know. I think that when somebody's talking, somebody ought to listen."