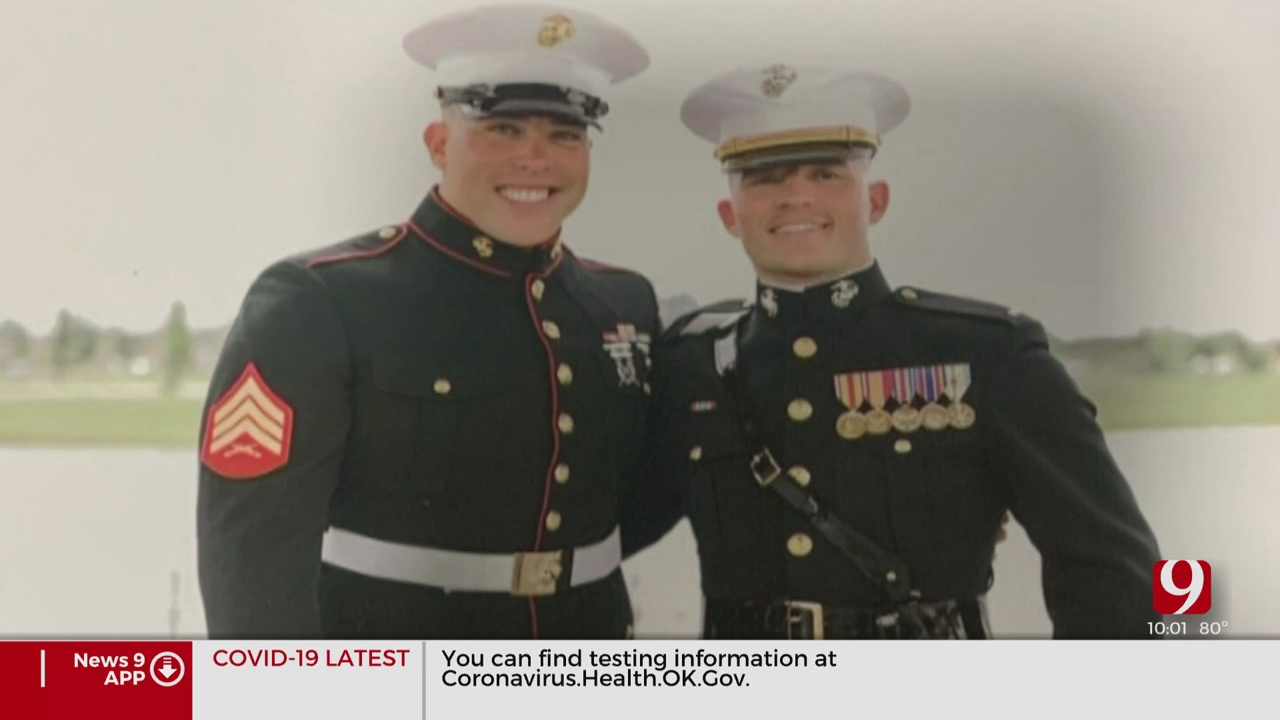 After a tragic accident took the life of a former Marine earlier this week, friends of Taylor Lewis paid their respects on Saturday.

Hundreds of people lined the streets at Moore High School to pay tribute and remember the one they called “Big Lew.”

Lewis graduated from the school in 2012 and was a former Lion football player.

“Oh man, his smile. That’s the first thing,” Moore High School classmate Cooper Harlan said. “He always smiled to everybody and he was always kind and never left anybody hurt. Never let anybody be in pain. He was always willing to help everybody no matter what.”

Lewis died while working on an elevator at Vance Air Force Base on Monday. He was 26.

His funeral service was held Saturday afternoon. After the service, dozens of cars went back to the high school along with his former classmates, teachers and coaches.

“You just never expect anything like this to happen,” former Moore football coach Greg Linstead said. “It’s been eating at us ever since. He graduated with my son.”

Lewis was an apprentice with a subcontractor. The OSHA is investigating the fatal accident.

Classmates say he was a leader on and off the field. Harlan says everyone still coming out and supporting one another, even during a time like, this is special.

“It’s beyond special, man,” Harlan said.  “This just proves even though there is a massive pandemic going on how many lives he touched and how special he was to bring this crowd together.”