'I Thought It Was A Rock': Woman Spots 12-Foot-Long Gator In South Carolina During Bike Ride 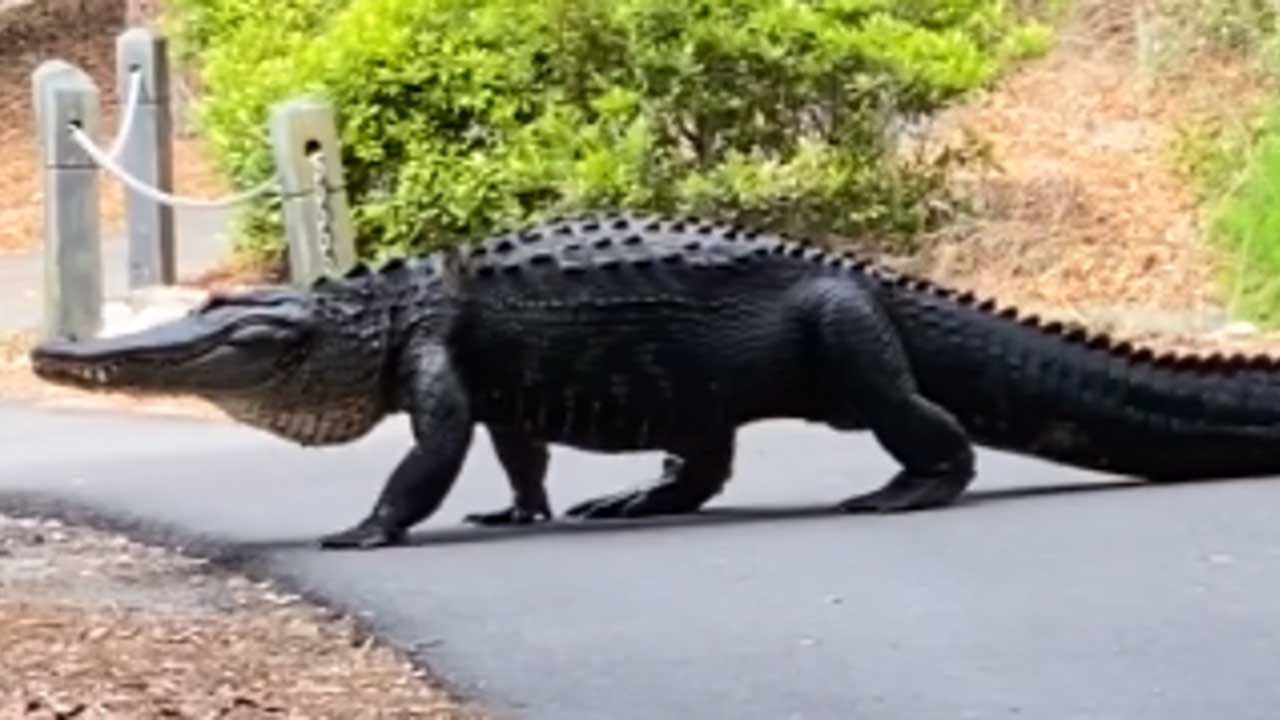 At first she thought it was a giant rock. Then it moved.

Tanya Miller was out on a bicycle ride and walk Wednesday with her pooch, Shiloh, in Shipyard on Hilton Head Island in South Carolina.

"I saw this big black thing stand up," she told newspaper The Island Packet. "I thought it was a rock."

Instead, it was a 12-foot-long alligator sunning itself on the banks of a nearby lagoon.

Miller, 27, and Shiloh took off running in the opposite direction.

"What are you running from?" people asked as she passed them by to get to safety. They soon saw for themselves and took off with her. Everybody, including Shiloh, made it without any injuries.

When she reached a safe distance, Miller started to record video of the gator crossing the bike path.

"I'm used to seeing maybe one on a bike ride," she said. "This morning we saw probably 12 gators."

Miller's gator sighting wasn't the first on Hilton Head Island this week. Alligators are extremely active during mating season, which runs from early April until early June, according to the Florida Fish and Wildlife Conservation Commission.

Click here to watch the video of the gator.

'I Thought It Was A Rock': Woman Spots 12-Foot-Long Gator In South Carolina During Bike Ride