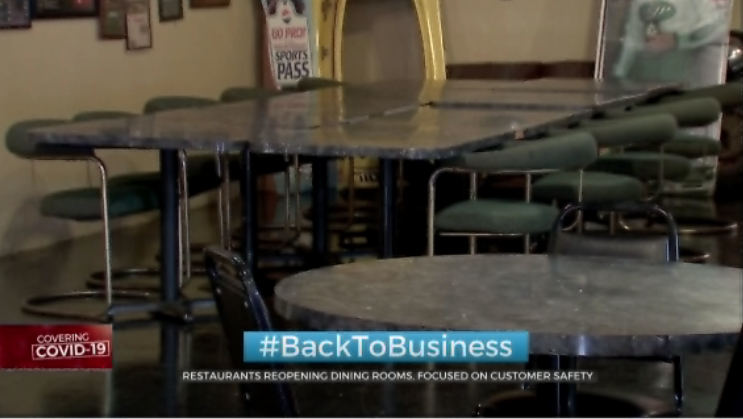 On Friday, Restaurants across the state can reopen their dining rooms as long as they follow the restrictions put in place by their city's mayor.

In Oklahoma City, strict requirements were announced by Mayor David Holt in his emergency proclamation Wednesday.

Those included businesses taking all employees temperatures and wearing masks if they are interacting with customers. Mayor Holt also mandated businesses place tables six feet apart, groups 10 or more cannot be seated together, staff must sanitize frequently and make sure anything customers touch can be cleaned if they're reused.

Restaurants throughout the city had different stances on reopening May 1.

"I believe the scientific data in the community tells us that were not ready and its too early," said owner Luidgi Del Cid.

He said this is out of precaution for both staff and customers.

"If we're going to do this once let's wait a little longer and let's do it right," said Del Cid.

Typically the cafe is packed and doesn't have a lot of extra space. So, Del Cid knows even when they do open, his business will take a hit with the social distancing requirements.

Just a few days ago the cafe opened up for carry-out and to-go orders. Del Cid said they will continue to provide those options until they decide what's next.

"We planned as soon as they were going to let us open to open back up." said Grill on the Hill owner Norma Ericson.

She said her southwest OKC restaurant would be opening up, and she feels their staff have taken ever precaution possible.

She's anticipating her restaurant will be busy, but they will not be allowing more than 9 to a group.