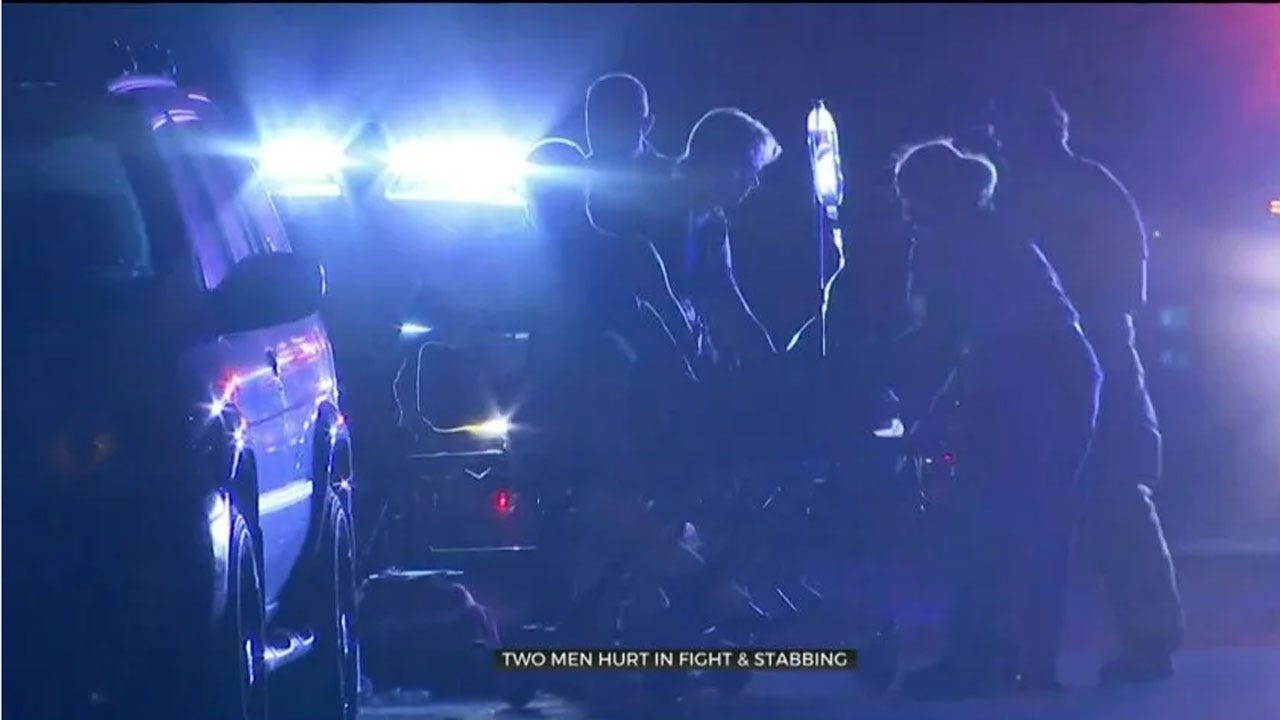 Oklahoma City Police said two people are in the hospital after a fight led to a stabbing near North Western Avenue and West Wilshire Boulevard.

According to authorities, one man was stabbed. The second man involved was hit in the head during the fight.

There is currently no word on if any arrests have been made.