‘This Is Not A Drill’: WHO Urges The World To Fight Virus 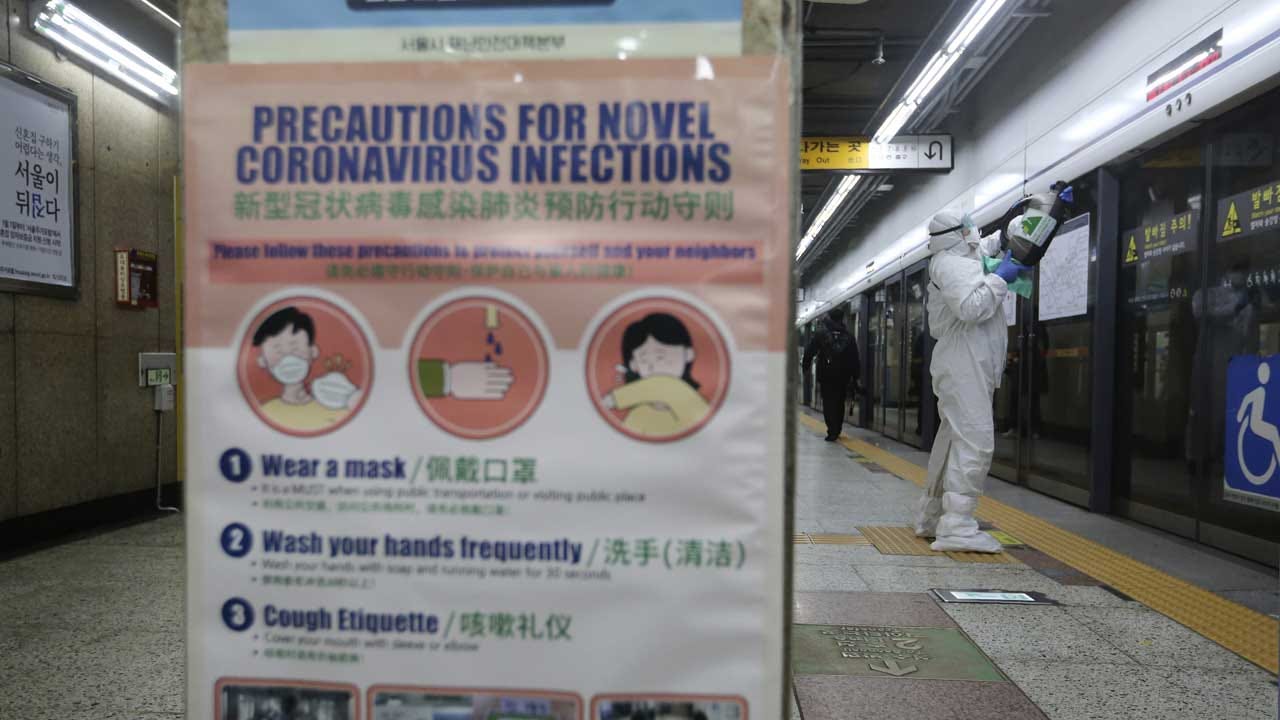 The global march of the new virus triggered a vigorous appeal Thursday from the World Health Organization for governments to pull out “all the stops” to slow the epidemic, as it drained color from India’s spring festivities, closed Bethlehem’s Nativity Church and blocked Italians from visiting elderly relatives in nursing homes.

As China, after many arduous weeks, appeared to be winning its epic, costly battle against the new virus, the fight was revving up in newly affected areas of the globe, unleashing disruptions that profoundly impacted billions of people.

The U.N. health agency urged all countries to “push this virus back,” a call to action reinforced by figures showing there are now about 17 times as many new infections outside China as in it. To date, the virus has infected nearly 97,000 people and killed over 3,300.

“This is not a drill. This is not the time for giving up. This is not a time of for excuses. This is a time for pulling out all the stops,” WHO Director-General Tedros Adhanom Ghebreyesus said at a daily briefing in Geneva. “Countries have been planning for scenarios like this for decades. Now is the time to act on those plans.”

In Italy, the epicenter of Europe’s outbreak, workers in latex gloves pinned “closed” notices on school gates, enforcing a 10-day shutdown of the education system. Italy’s sports-mad fans are also barred from stadiums until April 3.

A government decree that took effect Thursday urged the country’s famously demonstrative citizens to stay at least 1 meter (3 feet) apart from each other, placed restrictions on visiting nursing homes and urged the elderly not to go outside unless absolutely necessary.

That directive appeared to be widely ignored, as school closures nationwide left many Italian children in the care of their grandparents. Parks in Rome overflowed with both young and old, undercutting government efforts to shield older Italians from the virus that hits the elderly harder than others. Italy has the world’s oldest population after Japan.

“It’s an absolute paradox!” said Mauro Benedetti, a 73-year-old retiree called upon to watch his grandson. “They tell us to stay home. How can we help our kids and grandkids at the same time?”

“Grandparents are now at risk,” he said.

Italy’s death toll climbed Thursday to 148, and its confirmed cases to 3,858.

Iran, which has registered 107 virus deaths, also closed schools and universities and introduced checkpoints to limit travel between major cities. Iranians were urged to reduce their use of paper money.

Amid the string of bad news, Iranian President Hassan Rouhani urged state television to offer “happier” programs to entertain those stuck at home.

“I urge all artists, scientists, psychologists and all who can bring smiles to people’s faces, come into the social media,” he said.

Brian Hook, the U..S. special representative for Iran, said the United States offered humanitarian assistance to help Iran deal with its outbreak but “the regime rejected the offer.” He said the offer would stand.

Virus fears also affected the joyful Indian celebration of Holi, in which Hindu revelers celebrate the arrival of spring with bursts of color, including bright powders smeared on faces. Prime Minister Narendra Modi and other leaders said they wouldn’t attend Holi events and the Holi Moo Festival in New Delhi was canceled.

In the United States, where 11 have died from the virus, hundreds of people were placed in self-quarantines due to cases in a New York suburb. A school district north of Seattle with 22,000 students announced it would close for up to two weeks because of coronavirus concerns.

Off the coast of California, a cruise ship with about 3,500 aboard was ordered to stay put until passengers and crew could be tested because a traveler from its previous voyage died and another one was infected.

Financial markets remained volatile, as investors continued to weigh the size of the epidemic’s dent on the global economy. The U.S. stock market was down more than 3 percent in Thursday afternoon trading. Analysts say more yo-yo moves on global markets are likely as long as the number of new infections continues to accelerate.

The OPEC oil cartel called for a deep production cut to keep crude prices from falling further as disruption to global business from the coronavirus slashes demand from air travel and industry.

Oil ministers from the 14 OPEC countries decided at a meeting Thursday to push for a cut of 1.5 million barrels a day, or about 1.5% of total world supply.

Across the globe, travelers faced ever-greater disruptions, as countries sought to keep the virus out. But South Africa confirmed its first case Thursday, becoming the seventh African nation to report infections. Britain and Switzerland reported their first coronavirus deaths.

“The virus doesn’t care about race and belief or color. It is attacking us all, equally,” said Ian MacKay, who studies viruses at the University of Queensland in Australia.

The outlook for the travel industry was increasingly grim. The International Air Transport Association said the outbreak could cost airlines as much as $113 billion in lost revenue. The struggling British airline Flybe collapsed Thursday amid sinking demand.

Indonesia announced restrictions on travelers from parts of Iran, Italy and South Korea after previously banning those coming in from China. The United Arab Emirates warned its people not to travel anywhere abroad.

Germany’s Lufthansa and its subsidiaries Austrian Airlines and Swiss said they will cancel all flights to and from Israel for three weeks starting Sunday after Israeli authorities announced tough restrictions on travelers from several countries because of the new virus.

Palestinian officials closed the storied Church of the Nativity in the biblical city of Bethlehem indefinitely, weeks ahead of the busy Easter holiday.

Japan said visitors from China and South Korea would face a two-week quarantine at a government facility and be barred from public transit. Sri Lankans arriving from Italy, South Korea and Iran will be quarantined at a hospital once used for leprosy patients.

In South Korea, with the highest number of infections outside China, exports of masks will be prohibited beginning Friday and people will be limited to buying two masks a week.

A state visit to Japan by Chinese President Xi Jinping was postponed. It was to have been the first for a Chinese leader since 2008.

Oklahoma Criminals Use Old Data Breaches To File For Unemployment

Emory Bryan A Tulsa woman doesn't want anyone to forget the heroism that took place during the times of WWII.

CBS News A Salt Lake City protest went viral on Saturday when a man got out of his car, grabbed his bow and arrow, and started to point it at a group of protesters. Now, he's facing felony charges.

News On 6 Tulsa police said they are investigating a murder-suicide at the 2A Shooting Center.
View More Stories

Tax Revenues Down Despite State Reopening In May

Aaron Brilbeck Tax Revenues Down Despite State Reopening In May

Tax Revenues Down Despite State Reopening In May

Oklahoma Criminals Use Old Data Breaches To File For Unemployment

Emory Bryan A Tulsa woman doesn't want anyone to forget the heroism that took place during the times of WWII.

CBS News A Salt Lake City protest went viral on Saturday when a man got out of his car, grabbed his bow and arrow, and started to point it at a group of protesters. Now, he's facing felony charges.

News On 6 Tulsa police said they are investigating a murder-suicide at the 2A Shooting Center.
View More Stories