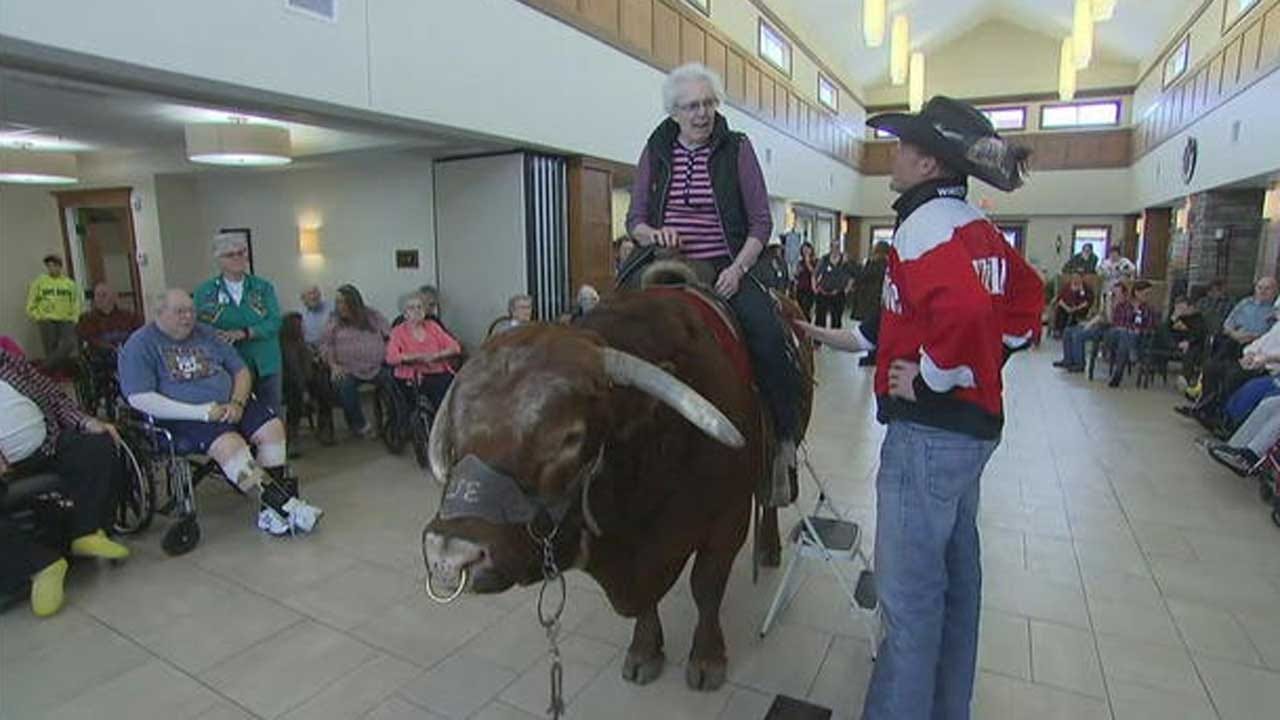 It takes a special combination of courage and craziness to ride a bucking bull and a total lack of sanity to set one loose in a senior center. For rodeo clown Jason Dent, laughs are his livelihood. But it's his sidekick, the 1-ton bull named Ole, who steals the show.

When Ole lumbered into the WesleyLife Senior Community recently, no one scattered. Instead, the bold inched closer for the ride of a lifetime. Wilma Hoekstra, 96, is old enough to know better, but she didn't care.

Saddling up can be difficult, but the laughs and smiles are contagious. Despite his crooked horns and mean looks, 14-year-old Ole is a gentle giant, which is why senior centers keep inviting him back.

"I'm trying to celebrate him because I think he's awesome. And I feel like these people are awesome," Dent said.

They're also fearless enough to take a bull by the horns, at any age.