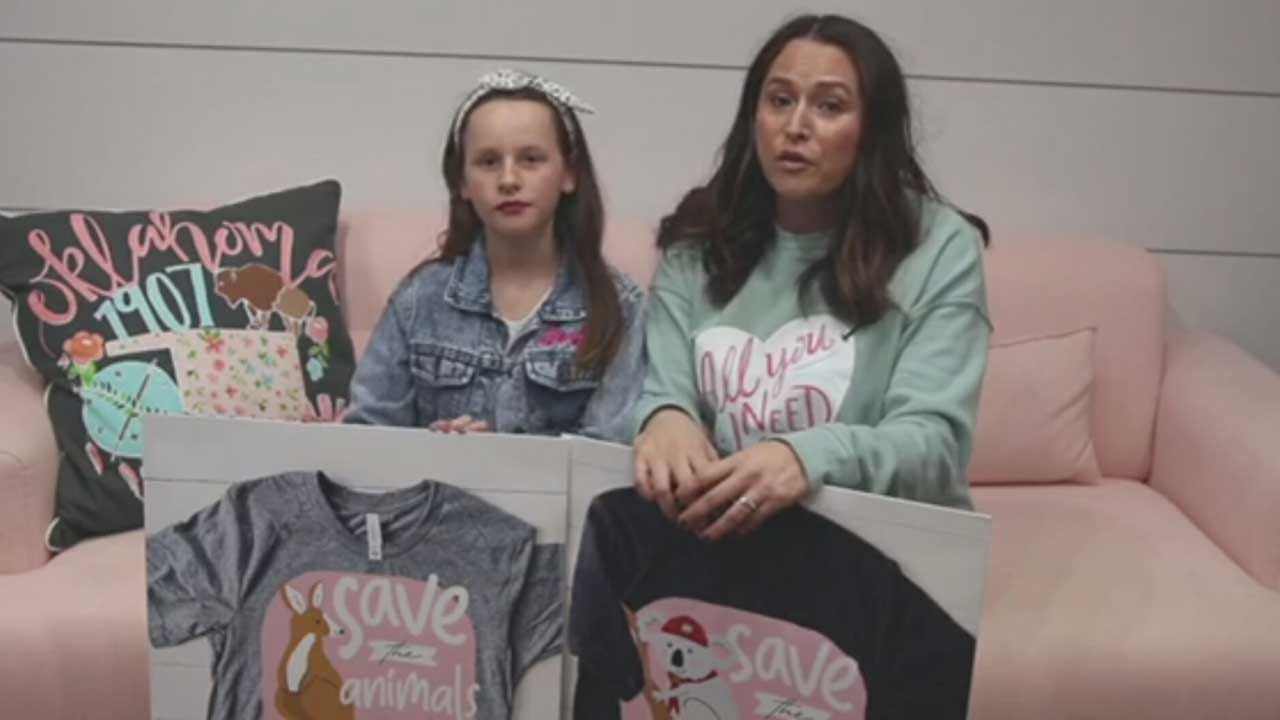 Wildfires have charred more than 42 million acres in Australia this year and are leaving families homeless. Researchers said more than a billion animals dead.

The devastation prompted an Oklahoma City mother and daughter to create T-shirts and a video in an effort to raise money for Australia’s affected wildlife.

“We wanted to make the T-shirts to help the animals,” the mother, Jasmine Farmer, said.

And they have idea of how the money will be used.

“They need doctors, food, and water and all of that,” the daughter, Scout Farmer, said.

They created a couple different designs for both adult and kids, you can find the link here.

“We call it the animal warrior T-shirt,” Scout Farmer said.

Within less than two weeks of initiating the idea, they've raised more than $4,000.

This helpful effort is not the only catastrophe the duo has raised money for. Their store Calamity Janes, located in downtown OKC, got started after making a T-shirt to help the Moore tornado victims back in 2013.

“Since then, we were able to help out with Hurricane Harvey and had an incredible outpouring and support with our T-shirt in less than three days, we were able to give back $150,000," Jasmine Farmer said.

The Australia wildlife T-shirts were Scout’s idea though and they want to raise $10,000.

Although it’s a hefty goal, anything’s possible for a girl with big dreams and a great cause.

“I’m only one little girl, but with a lot of help we can do something big,” Scout Farmer said.