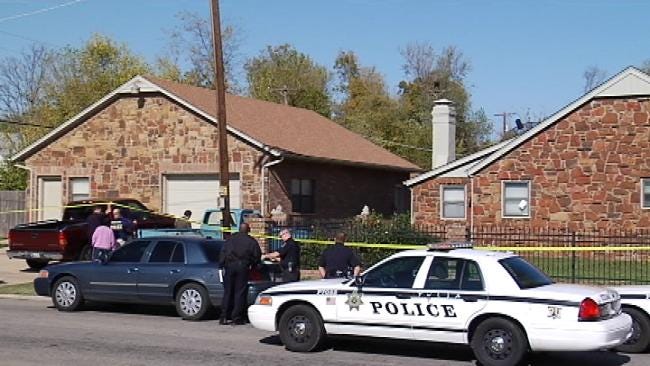 Tulsa Police say a man was killed in a failed armed robbery in the 800 block of North Harvard Wednesday morning.

Tulsa police say the shooting was not random and likely drug related. Police identified the victim as 30-year-old Perry McCallister.

Police were called to the residence around 11 a.m. after a passing motorist reported seeing three men running from the home, one armed with a shotgun.

Police say the three were running from the home they were attempting to rob, but during an exchange of gunfire between them and the homeowner, McCallister was shot.

McCallister's body was found a few houses down. The two other suspects managed to get away. The homeowner was taken in for questioning but released pending further investigation.

One of the fleeing suspects is described as a white male with blonde hair, wearing a green stocking cap and a blue jacket.

Anyone with information on this case is asked to call Crime Stoppers 918-596-2477. This will be listed as the 48th murder investigated in Tulsa this year.