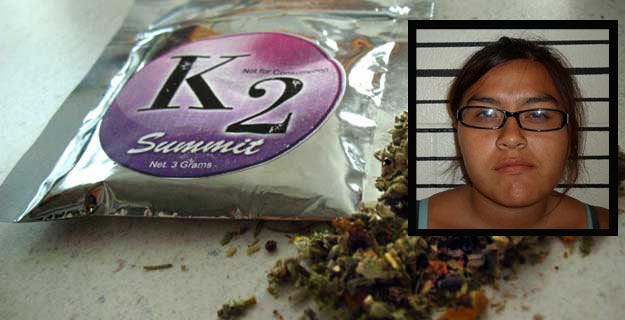 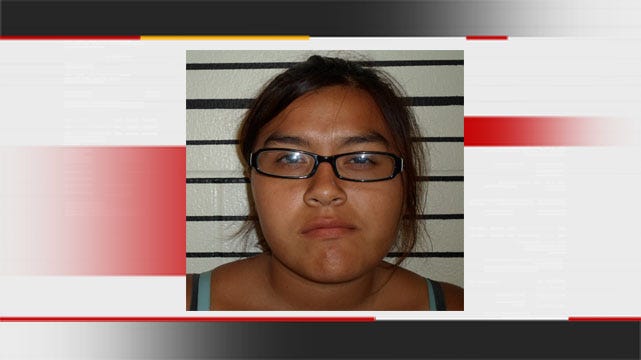 A Tahlequah woman was charged with two felonies this week after she reportedly gave a synthetic drug to a 12-year-old girl who then experienced seizures, Cherokee County court records show.

Terrie Ann Deckard, 18, has been charged with two counts of causing, aiding or abetting a minor in a drug crime and a misdemeanor count of contributing to the delinquency of a minor.

Statements from witnesses say the pre-teenager began experiencing seizures July 15 after Deckard encouraged her to smoke from a pipe that contained fake cannabis, which is often called "spice" or K2.

In a statement, the 12-year-old girl told authorities she rode along with a group of her friends, who went to Reasor's to steal "Skittles," slang for cold and cough pills.

According to court records, before the child smoked K2 from the pipe Deckard gave to her, Deckard also gave the child three cold pills.

Several witnesses corroborated the girl's story in statements to police.

When police contacted the victim's mother, she told police her daughter had never experienced a seizure before, an arrest report said. The girl was staying the night with a friend who lived in the same trailer park as Deckard, records show.

When police were called to the trailer park to investigate, they said Deckard was found with slurred speech, blood-shot eyes, and she admitted to smoking K2.

Deckard was released from the Cherokee County Detention Center July 16 on $3,000 bond. Charges against her were filed Monday.

Authorities have said K2 is dangerous because people wrongly think the smokable herbal products are legal. K2 products claim to produce a marijuana-like high, are marketed as incense and illegally sold in some convenience stores.

Aside from the reported seizures it may have caused in the Tahlequah case, authorities said K2 has been known to cause hallucinations, heart palpitations and blurry vision.