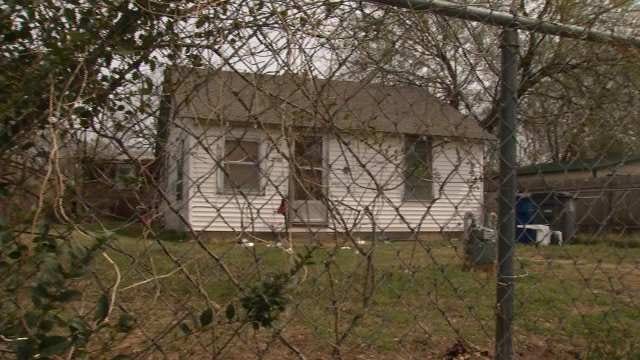 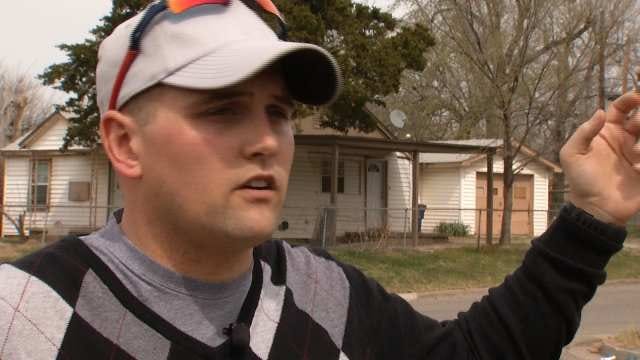 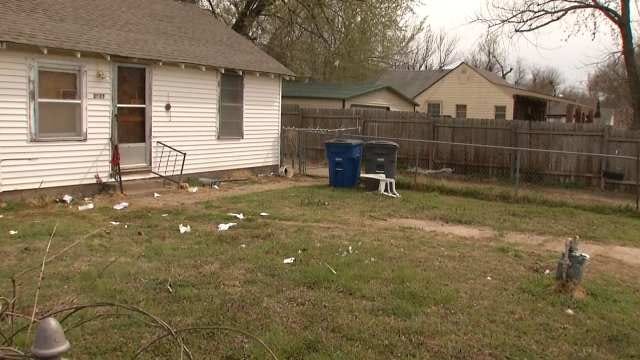 The medical condition of two women in the hospital after a dog attack in north Tulsa Tuesday has improved.

Police say the women, identified as Beverly Wright, 43, and Irene Parker, 78, were with a church, spreading their faith door-to-door, when it happened in the 2000 block of North Lewis Place. Officers believe the women only survived because of a man who heard their screams.

Wright is in fair condition and Parker is in serious condition.

You could still see the aftermath of the attack Tuesday afternoon—blood in the grass and packaging from syringes and bandages.

"All of a sudden, a blood-curdling scream," Mike Harrell, who works nearby, said.

He immediately got in his truck and drove over to find a pit bull attacking two women in front of a home.

One woman wasn't moving and the other was being mauled.

"He was just biting her and biting her, her calves, her face, her stomach—just everywhere, non-stop," Harrell said.

Harrell said the owner was also in the yard, hysterical and holding a bat, having tried to beat the dog off the women.

"When you walk up and you truly see that terror in someone's face, it immediately changes you, and you immediately freeze or you react," Harrell said.

Harrell grabbed his gun and distracted the dog by yelling and opening the gate.

"The dog lets go and it made eye contact, then it just bolted straight towards me," Harrell said.

He asked the owner if he could shoot the dog. When she said yes, he fired once, killing the pit bull instantly.

"It was the humane thing to do," neighbor Lance Snider said. "In fact, if I would have had an armed gun right on me, right then, I would have done something."

Snider was the one who called 911.

He said the dog wasn't responding to any of the owner's commands.

"You just don't see dogs that get that violent," Snider said.

Tulsa Police say Wright and Parker were with a local church. When they knocked on the door and the owner answered, the dog burst past her and attacked.

Neighbors said they think the women were Jehovah's Witnesses.

"It was horrible," Harrell said.

Harrell has had his gun license for four years, but never shot his gun in public until now.

Tulsa Animal Control took the dog's body and will send samples to a lab for rabies testing. The manager said her department isn't aware of any prior reports on this pit bull.