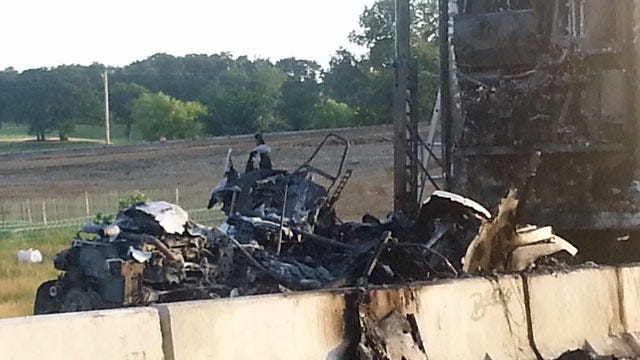 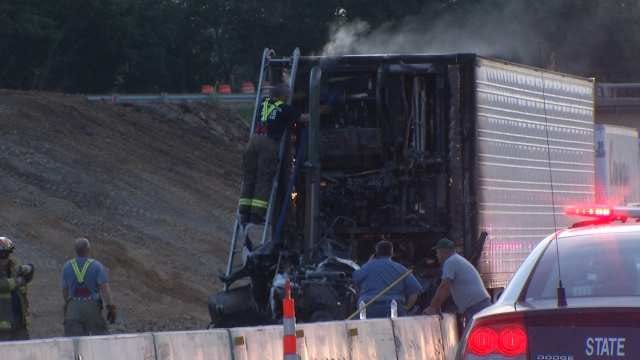 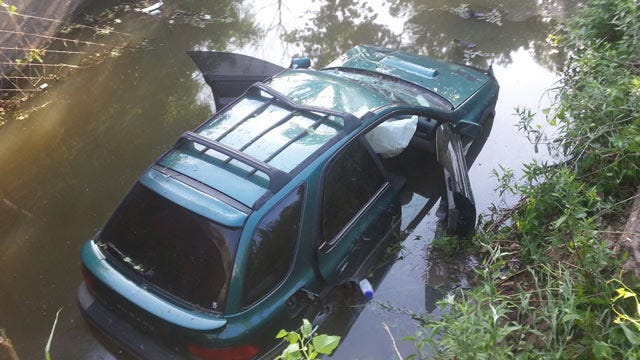 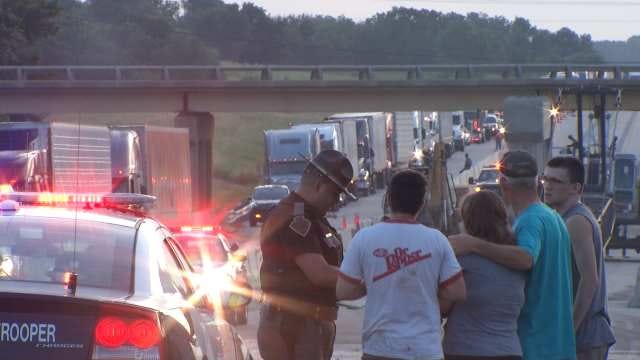 A truck driver died while crossing the Will Rogers Turnpike after a crash that caused his truck to catch fire.

The crash happened in a construction zone in the westbound lanes of the turnpike near Adair at about 4:30 a.m.

The OHP says the semi carrying a shipment of eggs hit a concrete barrier and started to burn.  The driver and a passenger got out, and the driver ran across the eastbound lanes where he was struck by a Subaru.

The truck driver has been identified as 59-year-old Brar Sukhchain Singh of Delano, California. He died at the scene from massive injuries.

Troopers say Singh was thrown about 35 feet after he was struck by a Tulsa driver, Aaron Michael Vogt, 30.

Vogt's Subaru ended up in a creek. He had minor injuries but refused treatment at the scene, as did his passenger, 24-year-old Abbigale Lynne Rygg of Tulsa.

The OHP closed the westbound lanes of I-44 and diverted traffic off the turnpike at the Big Cabin exit for over two hours.

Troopers reopened the westbound lanes at about 8 a.m.