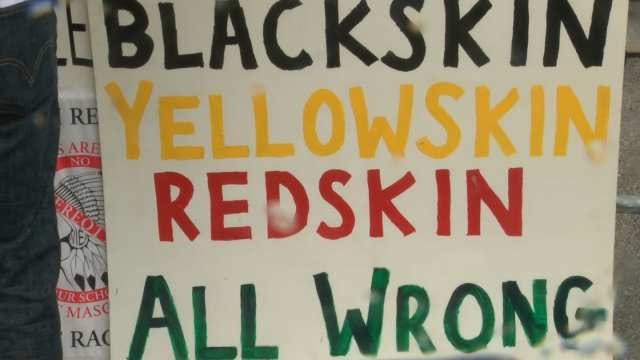 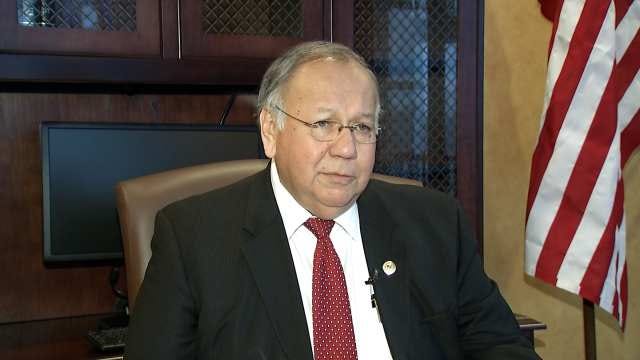 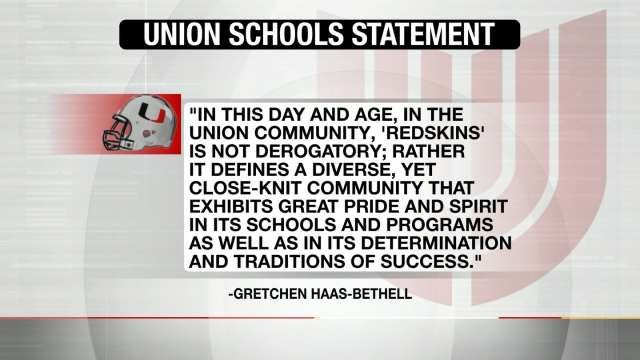 The controversy over using the term "Redskins" continues.

The U.S. Patent and Trademark Office rejected a pork rind company's request to trademark the term in its name.

Chief George Tiger of the Muscogee Creek Nation is proud of his Indian heritage.

That's why he doesn't take it lightly when people use the term "Redskin."

"I call it the 'R' word as an African American refers to the 'N' word," Tiger said.

The same agency that will decide if the NFL's Washington Redskins can keep its mascot shot down a pork rind company's request to trademark "Redskins Hog Rinds."

"I think probably they took into consideration what was going on with the football team in Washington, the outcry by American Indian communities throughout the country," Tiger said.

This controversial issue has been in the media a lot recently.

Groups have protested outside of football games.

And just three months ago, the National Congress of American Indians asked Union Public Schools to change its mascot.

They say these types of nicknames attack their culture.

"I just can't believe people think that it's an honor to use the name," Tiger said. "Unless you've lived and have been confronted by these things, then people will never understand."

Union did not return our phone calls, but in October a spokesperson released this statement saying, "In this day and age, in the Union community, ‘Redskins' is not derogatory; rather it defines a diverse, yet close-knit community that exhibits great pride and spirit in its schools and programs as well as in its determination and traditions of success."

"There are a lot of people that are not native. They think those things are in the past," Tiger said. "Our tradition, culture, will continue to live."

Tiger believes the agency's decision to not trademark the term for the company could have an impact on the Washington Redskins football team as well.