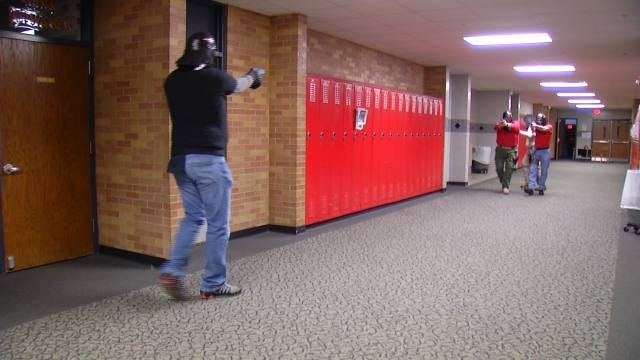 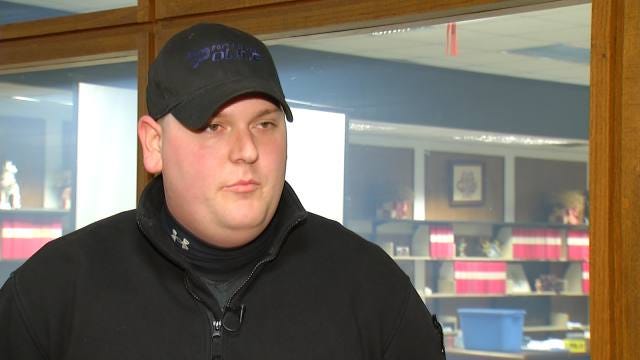 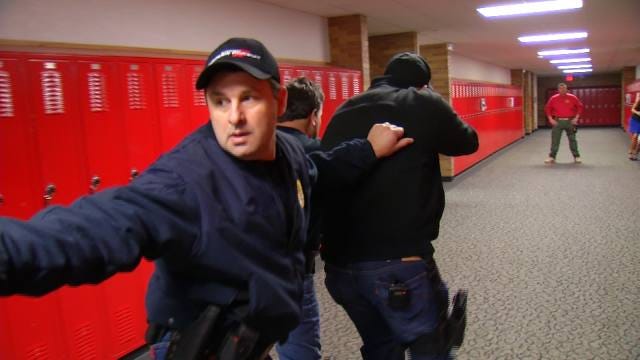 Police officers in Fort Gibson got training on how to stop a person who fires shots inside a school. Fort Gibson knows first-hand it could happen, because 15 years ago, a middle school student opened fire on his classmates, injuring four of them.

That shooting has helped shaped the future of a 10-year-old boy who is now a police officer.

Instructors trained through Homeland Security taught active shooter scenarios for officers in, and around, the Fort Gibson area.

The officers learned how to approach the threat, how to best communicate with each other and how to react quickly to a number of different situations. There is no lag time when it comes to saving lives.

Fort Gibson knows that all too well, having been through a school shooting in December of 1999, when a middle schooler fired about 15 shots at classmates outside the school before a teacher subdued him.

Officer Brent Maddocks was ten-years-old, and sitting in a van on the school grounds, when the shooting happened. He remembers hearing the shots and seeing the resulting chaos.

"Parents were going nuts, calling the school, calling 911, showing up at the school. My parents showed up, crazy, frantic," Maddocks said.

That event had such an impact on him that he decided to grow up and become a police officer. Now he's come full circle, training at the school for a similar shooting situation.

The training is about reacting to a situation as fast as possible, even if only one officer is on the scene. It's all about protecting those who are most vulnerable.

In addition to doing training once or twice a year, Fort Gibson officers also bring K-9's to the schools and do intruder drills. That way, teachers and students can get comfortable with how police work.