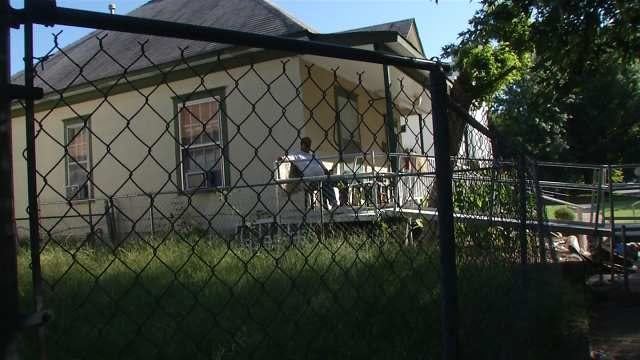 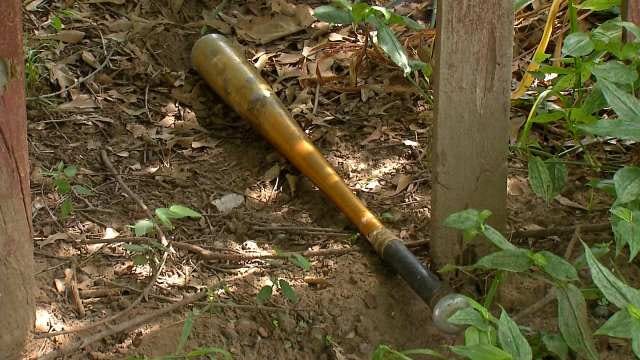 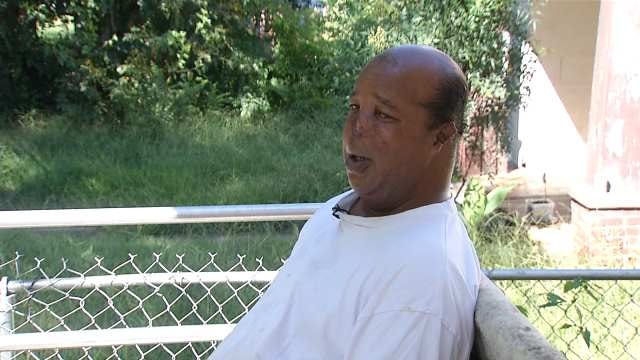 A Muskogee man laid his life on the line to save a child, but lost a part of his face in the process when he was mauled by two pit bulls.

The dogs' owner, Ronnie Casey, Junior, was charged Friday with failing to restrain the dangerous dogs, a misdemeanor.

The pit bulls had killed cats and rabbits, chased after people, and took a bite out of one person, according to court documents.

Glenn Boulet lived next door to the dogs, he even helped his neighbor feed and water the animals from time to time, but said he had never seen them as vicious as they were the July day they torn into him.

“All the sudden, they just snapped, for whatever reason, I don't know,” said Boulet.

He has the face of a hero.

He's a man who sacrificed his face to save a young boy.

“That kid wouldn't have had a chance,” Boulet said. ”We take care all the kids 'round here, they call me Uncle Glenn.”

Boulet was sitting on his front porch, like he does every day, when he saw one of his neighbor's pit bulls jump the fence and charge a child.

“I just so happened that I ran up in time to get the dog's attention to come at me,” Boulet said.

The boy got away, but a second pit bull got loose.

Boulet said he slipped and ended up on the ground in an alley, fighting off both dogs.

“That's when they got the best of me,” he said. “They was trying to drag me through the alley.”

A neighbor heard screams and tried to beat the dogs off with a bat, unsuccessfully. That's when Boulet's son got his shotgun.

“He shot, 'Boom!' And I did like this here,” Boulet said while covering his face. “I opened up and that's when he reached in and snatched all this here off and I start fading out and my mind was saying 'Did my boy shoot the dog or did he shoot me?'”

The next thing Boulet remembered was waking up in a Tulsa hospital, where he spent a month and a half. He said the dogs' owner, his neighbor, packed up and left his house the night of the attack.

Boulet hasn't seen or heard from him since and Boulet is just asking for one simple thing.

Boulet also hopes to one day avoid the stares from strangers. At first he didn't want to go out in public, but now he puts on a brave face.

“If you don't like the way I look, turn your head 'cause if you knew what I went through, then you would understand,” he said.

Because, Boulet knows his scars are symbols of his survival, and a young life saved.

Boulet said it will take many surgeries to help reconstruct his face. He has insurance but it won't cover everything.

He does have, though, an attitude that is unparalleled.

“I've been like this all my life. God will of The Lord, that's all I can tell ya,” Boulet said. “I'm gonna keep on going ‘til He decide to call me, say 'come on home.'”

A fundraiser is scheduled for Monday 6:00 at Muskogee's El Chico at 204 West Shawnee Street.

As for the dogs, both were killed the day of the attack; and while their owner has been charged, he's still on the run.