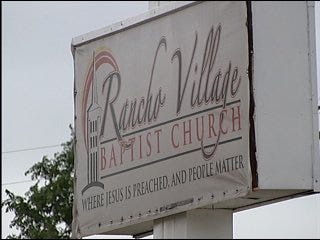 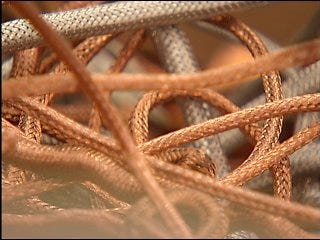 A growing theft-trend has hit a number of businesses in the area and now churches like the Rancho Village Church are also being hit by scavengers searching for a quick buck.

In the cover of night, thieves stole an air conditioner, made in part with copper, from the church, the church reports. Police said copper theft is a growing trend in the metro.

"It just makes us feel bad," Elijah Shade, a youth group member at the Rancho Village Church, said. Shade said his conscience would haunt him if he was the one who chose to steal.

According to police there are steps a business can take to protect its air conditioning units. The business can surround the unit with a locked cage and make sure there is plenty of light nearby.

The church replaced the stolen unit, but it set them back over $3,000. It's money that should have gone to the children, Pastor McKee said.

"I don't think it's fair for us to have to pay for what they did," he said.

The police are backing a bill at the state Capitol that would require metal recycling shops to keep a log of who is selling copper.